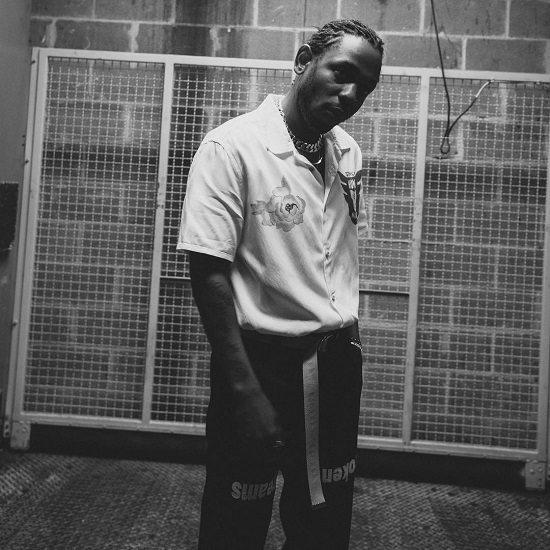 Ever since DAMN. dropped, it seems like Kendrick Lamar just won't release his kung-fu grip on the charts. The album's already gone double platinum and he's garnered award nominations out the wazoo. But if you thought he was gonna stop dominating, then you were dead wrong because Kung Fu Kenny's just getting started. According to industry bible Hits Daily Double, K. Dot has five — count 'em, five — of the most streamed songs of 2017. The highest charting song was "HUMBLE.," which landed at No. 2 behind annoying earworm "Despacito." However, his songs also landed at No. 15 ("DNA."), No. 27 ("LOVE."), No. 39 ("LOYALTY.") and No. 48 ("ELEMENT.").  This makes Kendrick the only artist with five songs on the list, though Drake comes close with his four entries. As if that weren't impressive enough, DAMN. also edges out Drake's More Life as the most streamed album of 2017 as well. Damn is right! #KendrickGotEmLikeDAMN