Watch As Thundercat, Kenny Loggins & Michael McDonald ‘Show You The Way’ To Redemption 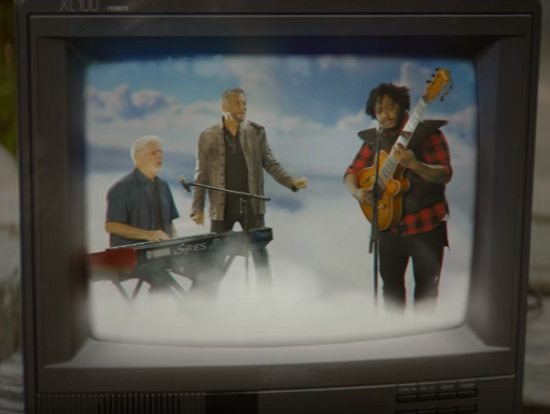 The always unpredictable but consistently jammin’ Thundercat is at it again. The bassist/singer/songwriter keeps fans intoxicated off his Drunk album with the release of a visual to accompany the single “Show You the Way,” which features music legends Kenny Loggins and Michael McDonald. We've come to expect the unexpected from our favorite cat-lover and animé enthusiast and the new video is exactly what we are here for.

Directors Katarzyna Sawicka and Carlos Lopez Estrada chose to continue the storyline that began in the 2015 visual for “Them Changes,” from Thundercat’s The Beyond / Where the Giants Roam album. According to Estrada, “We ended that video on a fairly grim note but 'Show You the Way' offered a bright and contrasting soundtrack for a sequel of redemption.” The previous video ended on a sad note indeed as we watched as a former samurai sat helplessly watching infomercials after losing both of his arms in a sword battle. The new video starts off solemn as well, but ends on a high note as our hero heads to a wellness center and renews his spirit with the help of the workers and Loggins, McDonald and Thundercat, as the three provide musical motivation from a vintage TV screen.

There's always a bit of humor in everything Thundercat does, so check out his video for “Show You the Way” below for a comedic dose of hope. He’s been on a world tour for the majority of the year, so click here to catch his last two U.S. dates in Miami and LA or check out one of his 12 shows across the pond.