True Crime Series ‘Unsolved: The Murders Of Tupac And The Notorious B.I.G.’ Coming To USA Network 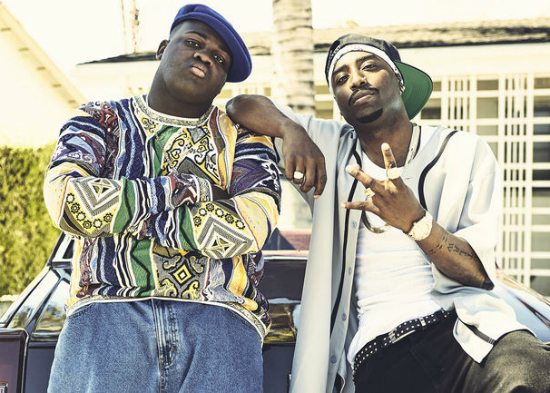 It’s been 20 years since the murders of hip-hop legends The Notorious B.I.G and Tupac Shakur. Though we all have our theories about what really happened, both cases still remain unsolved. The mysterious murders that robbed the music and entertainment communities of two of its brightest stars have been the subject of countless articles, documentaries and feature films, and the USA Network intends to add to the collection. The cable network has released a trailer for the upcoming true crime drama, Unsolved: The Murders of Tupac and The Notorious B.I.G.

The anthology series, directed by Emmy Award winner Anthony Hemingway, who also directed episodes of American Crime Story: The People v. O.J. Simpson on FX, is said to chronicle the two murders from the perspective former LAPD detectives Russell Poole and Greg Kading, who will be played by actors Jimmi Simpson and Josh Duhamel, respectively. Critic’s Choice and Primetime Emmy-nominated actor Bokeem Woodbine will also play the role of a detective in the series. The role of Tupac will be played by Marcc Rose, who also portrayed the slain rapper in the rap-to-riches film Straight Outta Compton, while newcomer Wavyy Jonez was cast as Biggie. Though we aren’t sure what, if any, new information will be revealed, the scripted series is said to “shed new light on the demise of Tupac and Biggie Smalls’ friendship that ultimately led to the legendary East Coast vs. West Coast hip-hop rivalry.” Admittedly, we’re a bit skeptical. While there seems to plenty of information on the murders of two of hip-hop’s greatest to piece together movies and dramatic series, one can’t help but wonder if the mystery surrounding their deaths has deliberately remained unsolved.

The USA Network’s Unsolved: The Murders of Tupac and The Notorious B.I.G. is set to air in 2018. Check out the trailer below, and let us know if you’ll be watching.