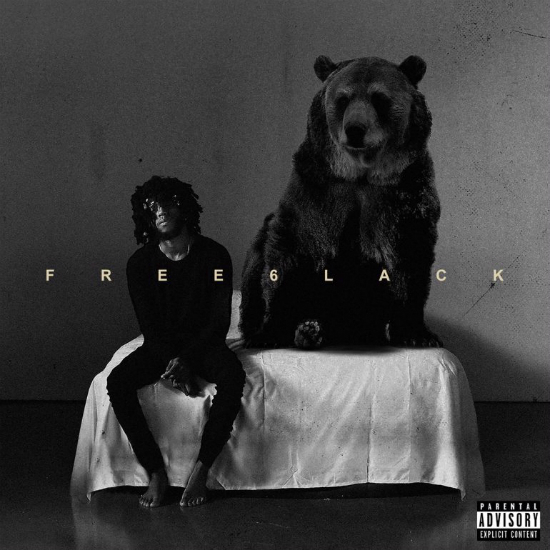 Time moves fast when you're having fun. It was just a year ago when we learned how to say Atlanta-bred singer/rapper 6LACK's name. He released his debut album FREE 6LACK last year and now he's celebrating it 365 days later. We're all about celebrating milestones and so is Mr. 6LACK, who decided to re-release the project with three bonus tracks. He enlists the talents of T-Pain and BANKS for two of the songs, but we're here for the entire trio of tracks.

The first offering is "Glock Six," which is a moody number that perfectly highlights 6LACK's vocals. The airy track will give you enough feels to either add it to your bedroom or break-up playlists. On "One Way," T-Pain helps 6LACK express his lusty feelings with slick hip-hop undertones and a catchy percussion that will have you hooked. "Famous ni**as get so lonely / I know you gon' come put it on me / I can't wait to put this in your mouth," T-Pain tenderly sings. For the last track, 6LACK partners with BANKS who provides all the sultry for "In Between." With 6LACK's gritty delivery and BANKS' melancholy disposition, the smooth single is equal parts romantic and hypnotic.

6LACK is currently on his Free 6LACK Tour with Sabrina Carpenter, which is set to continue through November 29th. The rapper/singer just paid homage to Erykah Badu last month with his live performance of "On & On" and now we realize he had a few new tracks up his sleeve the whole time. Listen to the three bonus joints right here and celebrate the one-year anniversary of FREE 6LACK.