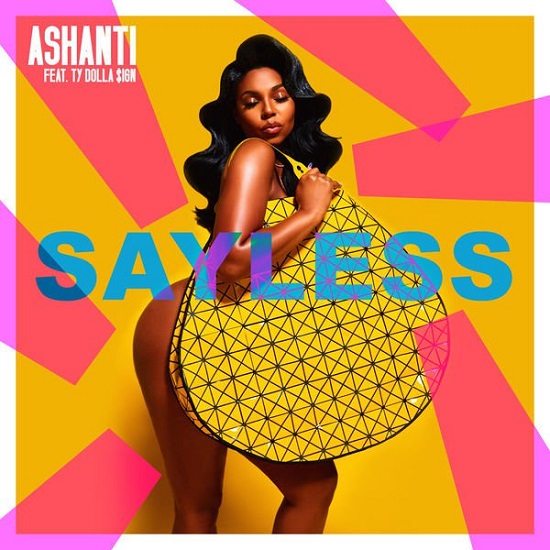 If there's one thing you can say about Ashanti, it's that she's resilient. Her early 2000s heyday has come and gone, but the former princess of Murder Inc. continues to chug along anyway. She's currently featured (and serving all kinds of body) in the newest commercial for Ciroc French Vanilla and is using the interest from that to launch her new single, "Say Less," which happens to feature everyone's favorite Cali collaborator, Ty Dolla $ign.

The song finds the two collaborating over a DJ Mustard-produced beat, trading verses and lines of devotion while calling out those unworthy of even speaking in their presence. From first listen, it seems like the duo is in a party mood, with Ty introducing the track with his Auto-Tuned warble, singing, "Pull up to the party (party) / Jewels all on my body (my body) / Your chick on my body (body) / They can't tell me nothing, no." But don't worry, Ashanti makes sure you know it's her show, too, with the 37-year-old asserting her grown-ness as she checks b*****s on the sassy chorus: "Like get in my face, say less (say less) / If it ain't about the money, say less (say less) /If he ain't from the clique, say less / B***h, say less." As you can tell, "Say Less" is the kind of frothy, club-ready R&B aimed straight for the mainstream, complete with a head nod-worthy beat from Mustard. However, if you're looking something with substance, memorability or staying power, we'd suggest you look elsewhere.

"Say Less" is the first listen we're getting from Ashanti's upcoming, as-yet-untitled album — her second independent release — which is set for release next year. Take a listen to "Say Less" via Spotify below.