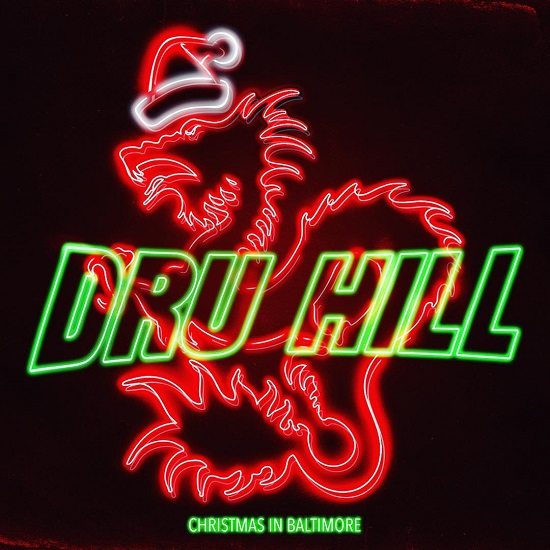 While watching the 2017 Soul Train Awards over the weekend, we couldn't help but mentally rewind to last year's event. One of the undisputed highlights of that evening was the return of Dru Hill, who brought the crowd to its feet and set the party off right with a seven-minute medley of their greatest hits. The Class Of 1996 inductees sounded great and had fans hoping the stage reunion meant a studio project was in the works. Well, it took a whole year (they've been touring non-stop), but the quartet has finally delivered a follow-up to 2010's InDRUpendence Day in an unexpected way – the release of their first holiday collection, Christmas in Baltimore.

Following a tender instrumental introit led by orchestral strings, Sisqo, Jazz, Nokio and Tao rep their hometown and put their capable vocals on display for eight tracks of seasonal soul. No Christmas project would be complete without including some standards, and the fellas go big by putting their spin on The Temptations' rendition of "Silent Night." But what's particularly impressive about the collection is that it mainly consists of original songs – and, overall, they're pretty good. Highlights of the EP include festive slow jam "Favorite Time of Year" and the island-vibes of "Getaway." Even the Auto-Tune-heavy "T'is the Season" has some merit.

In a recent REVOLT interview, the group explained their motivation to release the EP saying, “We’ve always wanted to do a Christmas album, and we knew our fans had been waiting. This year, it just all came together and we decided to invite everybody in for that authentic Baltimore holiday experience…you won’t find another Christmas album like this, we guarantee it.” Stream Christmas in Baltimore below and let us know if you think they made good on their promise. Afterwards, download a copy for your holiday party playlist, connect with Dru Hill on Twitter and Instagram and make plans to see them on tour in the near future.