Get High On Miguel’s ‘Pineapple Skies’ 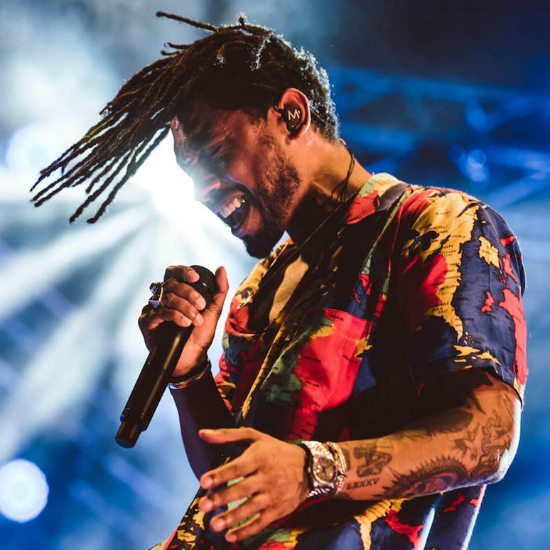 Miguel’s upcoming fourth album, War & Leisure, is preparing for launch and a stream of new songs from the 12-track project continues to flood our timelines. While the “Waves” singer has promised more politically charged music, his newest track, “Pineapple Skies” is more focused on the Leisure side of the equation. The song was originally previewed on Snoop Dogg’s YouTube interview show, GGN, and given that the title is a strain of marijuana, it’s no surprise. But will it take you higher?

After the aggressiveness of “Told You So,” the laid-back “Pineapple Skies” is a welcome change. A poppy new wave funk track, its leisurely percolating beat of finger snaps, synthy bass guitar and a little xylophone for good measure is designed to make everyone get high — or at least feel light on their feet as they do their signature two-step. Though Miguel straining through some bits of the song might jar you out of your happy place, the track is still rather infectious.

“Pineapple Skies” is the fourth song Miguel has released from War & Leisure, which is due for release December 1st. While the project has yet to produce a standout track like “Adorn,” hopes are still high that the diminutive singer will still bring it just in time for the holidays. For now, go ahead and add this one to your Thanksgiving cooking playlist. But don’t ruin grandma’s sweet potato pie recipe by adding any "pineapple sky" to it.