Jidenna Shows The Back & Forth Of Love In ‘Boomerang’ 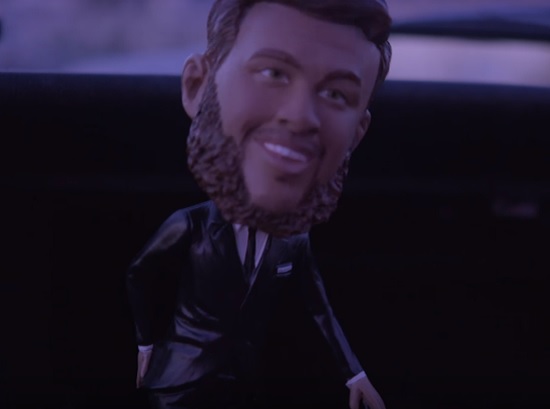 Jidenna caught us off guard last week when he surprisingly announced his new EP Boomerang and then dropped the six-song set in our laps on Friday. Not that we're complaining, as the EP is filled with a few new bangers and remixes to two of The Chief's standout tracks. Not wasting any time, Jidenna has now dropped off the EP's first video for the song's title track.

The song itself is about the ups, downs, ins and outs of love. So it's only right the video takes advantage of the track's theme and danceable groove. It begins with a couple that's broken down on the side of the road and growing increasingly frustrated with each other. However, rather than dwell on their issues, they decide instead to dance their troubles away. And dance they do, nimbly popping, wining and moving with an energy that exerts the undeniable chemistry between the two. Keeping with the song's title, the video is also filmed with using the same effect of Instagram's Boomerang feature, giving us the pleasure of seeing the dancer's intricate dance moves snap back and start all over again. For the most part, Jidenna himself doesn't appear in the video in the flesh except for a blink-and-you'll-miss-it cameo as the tow truck driver. However, his visage does show up again at the clip's end as a sharp-dressed bobblehead on the couple's dashboard — perhaps showing that he doesn't need to appear that long in a video to make it classic.

Check out the video for "Boomerang" below and be sure to cop the EP as well, which is available now.