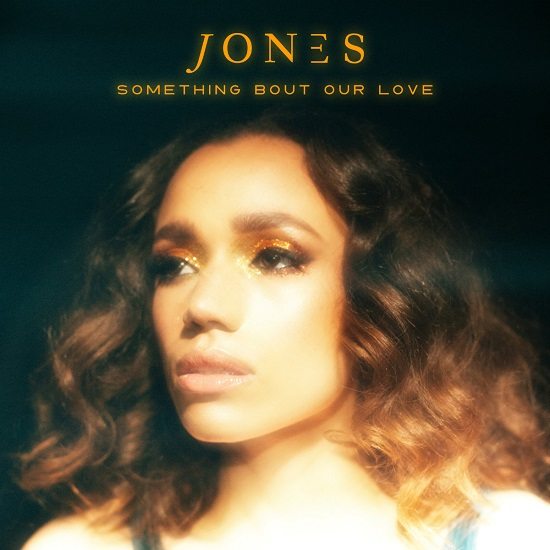 Earlier this year, JONES blew us away with a quiet boom of stripped-down tracks on her project Acoustic. The EP not only extended the life of her 2016 full-length debut New Skin, it also gave us yet another reason to fall in love with her unblemished vocals. She dazzled us again during the summer months, lending her gilded voice and beauty to CAZZETTE's "Handful of Gold." Now, the Bounce-Worthy Brit has returned with good news to share. She's hard at work on her sophomore project and is giving fans a preview with her newest single "Something Bout Our Love."

The song, which was co-written with Florence and The Machine's Isabella Summers, finds JONES making a beeline for the dance floor with what she's calling her "most club-ready track to date." The pulsating, high energy groove is courtesy of electro-house producer TIEKS. While the beat-driven soundscape marks a departure from the soothing vibes we've grown accustomed to, the singer doesn't sound out of her element here. In fact, we're hoping she takes her time exploring this new territory as it should provide an interesting aural balance for her forthcoming project.

Hit the play button below to get acquainted with JONES' new sound on "Something Bout Our Love." We'll have to wait until next year for the full album, but the single is currently available for purchase via your favorite digital retailers. While the singer wraps production on the William Baker-directed visuals for the song, she's inviting fans to share snapshots of themselves dancing along to the audio release. Join the dance party by connecting with her on Facebook, Twitter or Instagram.