Miguel Links Back Up With J. Cole For ‘Come Through And Chill’ & Announces ‘The War & Leisure Tour’ With SiR 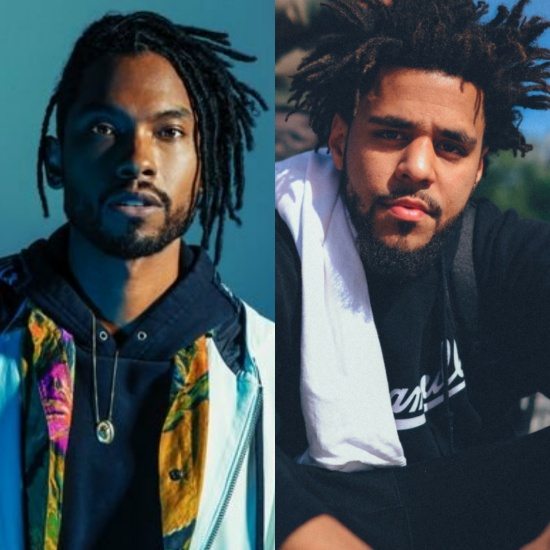 As he gears up to release his fourth studio album War & Leisure later this week, Miguel continues to drop jewels, giving eager fans a taste of what’s to come. His latest gift is a slight rework of the track “Come Through and Chill,” which was released via SoundCloud back in June 2016. This time, however, he transforms the irresistibly ratchet tune about staying in, smoking weed and sexin’ into something more revolutionary with the addition of a few bars from conscious lyricist J. Cole, who he previously worked with on his 2010 breakout hit "All I Want Is You." While Cole continues alongside Miguel’s one-track mind of convincing his lover to slide through, J. uses his second verse to brilliantly big up Colin Kaepernick and throw jabs at y'all's president. He assures his lover, “In case my lack of reply had you catchin’ them feelings / Know you’ve been on my mind like Kaepernick kneelin’ / Or police killings, or Trump sayin’ slick s**t / Manipulatin’ poor white folks because they’re ignant / Blind to the struggles of the ones that got that pigment,” before dropping the mic.

With War & Leisure set to drop on Friday, December 1st, Miguel has kept his faithful followers on the edge of their seats for months with the release of the tracks “Skywalker,” "Shockandawe" and most recently "Told You So." With just days left until the new album drops, he issues one last blow with the announcement of his North American tour in support of the project. Accompanied by TDE’s SiR and newcomer Nonchalant Savant, Miguel will kick off The War & Leisure Tour on February 22, 2018 in Portland, Oregon and will hit 34 cities including Denver, Detroit, Toronto, New York, Atlanta, Miami and Dallas.

Give the rerelease of Miguel’s “Come Through and Chill” featuring J. Cole a spin below, and promptly add it your Cuffing Season soundtrack. Pre-order War & Leisure from Amazon, iTunes, Google Play or directly from Miguel, and find your city for his upcoming tour below. Tickets for all dates go on sale December 4th.