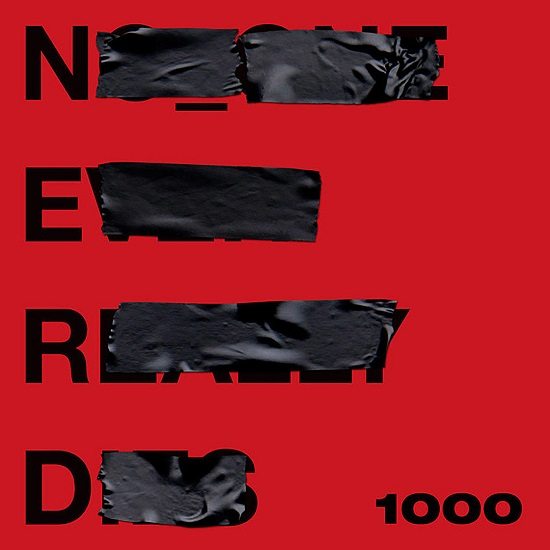 We're just a couple short weeks away from N.E.R.D's comeback album No_One Ever Really Dies. The highly anticipated set that no one saw coming until they hit us with their new single has everyone amped and wondering what to expect when the project drops. The only thing we know for sure is that we can expect a feature heavy album, with Rihanna ("Lemon") and Andre 3000 ("Rollinem 7s") already showing up to the party. And the trio's next single "1000," features another familiar face, Future, though probably in a way we've never heard him before.

"1000" finds N.E.R.D further blurring the lines between punk, hip-hop and rock, with a hyper-kinetic flurry of synths, vocal samples, programmed drums and whatever else they felt like putting in the mix catching the listener's ear after frontman Pharrell Williams' standard four-count intro. "Assembling a riot / Jetting and circling the flyest / Her behavior can't keep it quiet / Kinectic energy a thousand times hire," he opens. Don't worry if you didn't catch what that means exactly, as this song is way more about a capturing a mood. Future makes that abundantly clear when the beat switches up mid-track to match his Auto-Tuned, lean-drenched flow, which finds the ATLien flexin' his fly as he brags about the many "thousands" he encounters every day. Just as your head starts nodding to the switch-up, though, Pharrell brings it back to the punk-hop hybrid before drowning the track in synths and giving Shay some time to shine before the track sees itself out with a headnodding (or headbanging, if you prefer) coda.

With the songs released thus far sounding so different, we think there just might be something for everyone when N.E.R.D drops No_One Ever Really Dies on December 15th. Until then, prepare yourself with "1000" below.