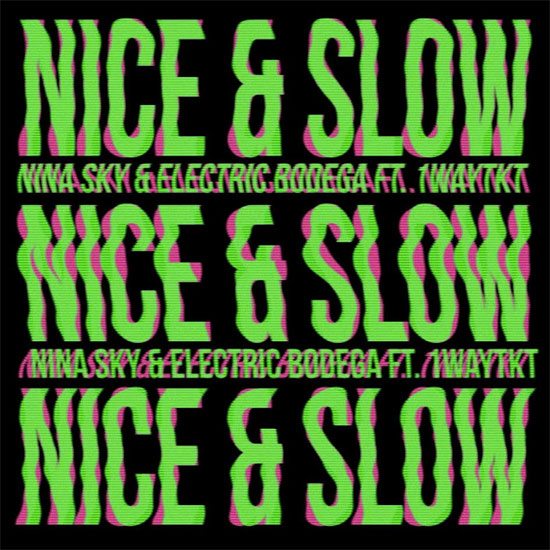 Believe it or not, Usher's sophomore set My Way celebrated the 20th anniversary of its release on September 17th. While that news has some of us checking the mirror for gray hair and wrinkles, it's inspired a few to tribute Ursh's seminal work. Nina Sky  is one entity doing the latter, having teamed with producers Electric Bodega and 1WAYTKT to reimagine classic slow jam "Nice & Slow." Oh, but if you thought their take would be another slow-paced, quiet take on the tack, you're sorely mistaken.

Rather than rehash what's already been done, they turn up the heat and the bpm of the track with a gritty, house-influenced revisit of the track. Gone are the subtle guitar plucks and soft and sweet synths. Instead, they opt for a stark, industrial soundbed with speaker-rattling synth bass, kicks and programmed snaps. But just because the music's changed up doesn't mean that the ladies on Nina Sky don't bring the sexy with vocals. Their refrain of "good love" is sampled and repeated throughout, meanwhile, their choice to have a distorted voice echo their verses provides an edge that's both sexy and a bit creepy (which is perfect timing since Halloween was just yesterday). Coupled with the pulsating rhythm, you can almost feel the heat and sweat that comes with the kind of encounter the ladies are singing about (or just picture yourself working up a bit of a sweat on the dance floor).

We have a feeling that Nina Sky's new take on this No. 1 classic might just have you saying "my, my, my" too. Take their version of "Nice & Slow" for a spin below and pick up your copy of the track right now on iTunes.


TAGS:  1WAYTKT, audio, Electric Bodega, nina sky", usher
Previous: Thundercat Once Again Takes Us Through ‘Them Changes’ On ‘The Late Show’ Next: JONES Is Back With ‘Something’ We Can Dance To