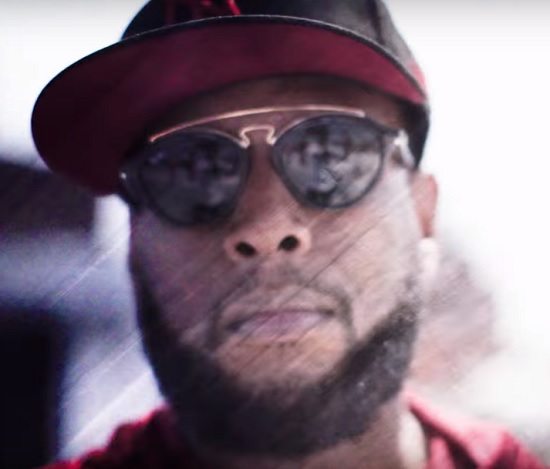 Legendary lyricist Talib Kweli takes us through an extraordinary day in his life in the visual for the track “Traveling Light.” Directed by Yassin "The Narcycist" Alsalman, co-founder of the artist collective We Are The Medium, the epic video features footage from live shows, performance shots from the rooftops and basements of Brooklyn and appearances from some of the culture's greatest. We catch iconic clips of Kweli’s performances with Yasiin Bey (aka The Mighty Mos Def), see him clown with hip-hop legend Q-Tip and catch cameos of everyone from Spike Lee to comedians Dave Chappelle and Hannibal Burress, all while showcasing all the elements that make his beloved BK so great. The visual plays much more like a cinematic masterpiece than a mere music video, and we’ve come to expect nothing less from the anthropologist/historian/activist/scholar who has proven that there is much more to hip-hop than simply spittin’ bars.

"The video is meant to be a day in my life highlighting how Brooklyn has changed but still remains the same in spirit," says Kweli in a recent interview. He says, "The video is full of friends and family who have been on this life journey with me, with or without the music." As for the track itself, in addition to teaming up once again with the always-on-point Anderson .Paak, Kweli enlisted the talents and signature sound of super-producer Kaytranada. The vibrant banger is the second release from his 8th studio album Radio Silence, which he describes as “a musical celebration.” The 11-track project features contributions from heavy hitters like Jay Electronica, Robert Glasper, Bilal, BJ The Chicago Kid and Rick Ross.

Show love to one of Brooklyn’s finest and watch Talib Kweli’s video for “Traveling Light” below. His LP Radio Silence is available now, but you can listen to it on Spotify right here as well.