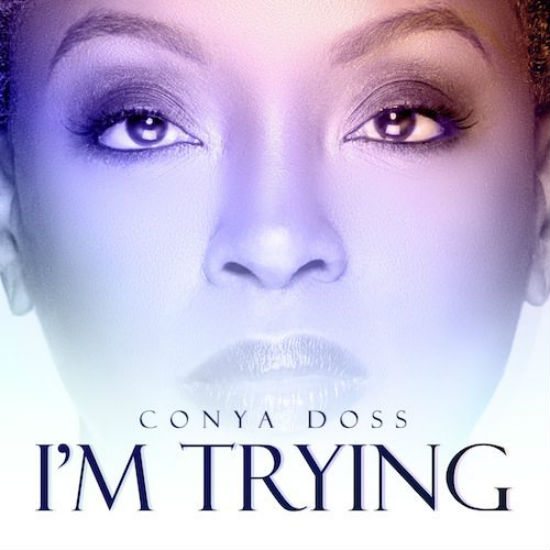 Part of being an adult is the ability to own your own mess. True self-awareness is acknowledging the part you’ve played in a given situation and holding yourself accountable. Singer/songwriter Conya Doss is back with a new single entitled “I’m Trying,” and she is doing exactly that. In true grown woman fashion, she sings about being humble enough to recognize her role in the breakdown of a relationship and the resilience it takes to rebuild it. Over a smooth mid-tempo track, she sings, “I’m aware, I recognize the things I haven’t done quite right / I share the blame, open my eyes to the hurt and pain I caused / I’m willing to compromise.”

She sings the lyrics with such sincerity and passion, oozing with vulnerability, giving the track a deeply personal feel. Apparently, there's good reason for this, as she says, “'I'm Trying’ is dear to me because it speaks volumes as where my state of mind is right now. Forever a student of life, trying to learn more, trying to live better, and trying to do better. Just trying to be...” In a world where folks are so quick to give up on love and place the blame on others, the message of this song is much-needed and refreshing to hear.

Give “I’m Trying” by Cleveland, Ohio’s own Conya Doss a spin below, and take a little personal inventory of your own. It’s been a minute since we’ve gotten new music from her, but there’s talk of a new album to be released in 2018. In the meantime, keep up with her and perhaps catch a live show in your area by following her on Twitter and Facebook.


TAGS:  audio, conya doss
Previous: JONES & TIEKS Keep The Party Going With A Fresh Mix Of ‘Something Bout Our Love’ Next: Jennifer Hudson Deals With The Weight Of A Heavy Heart On ‘Burden Down’