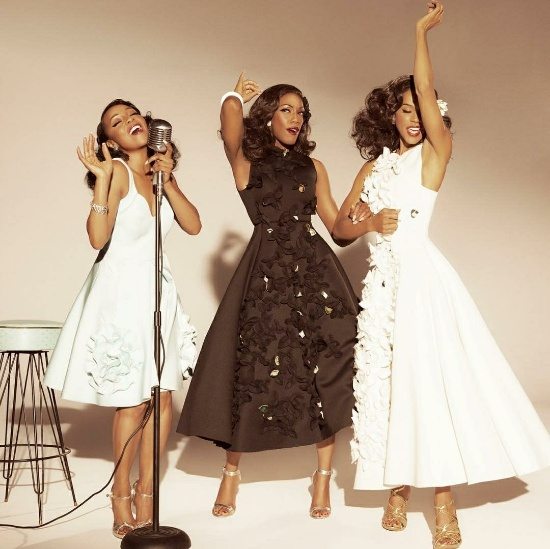 Everyone’s favorite ‘90s R&B groups are making a comeback. With the ladies from Xscape and SWV out here getting it like these young girls, it feels odd that En Vogue isn’t part of the renaissance. But it’s not for lack of trying. The ladies first told us about their new album Electric Café way back in 2016 and released the single “Deja Vu.” Almost a year later, we got the buzz single “I’m Good” with the expectation the album would drop in summer. However, the release has been pushed back to the last quarter of 2017. Or something like that. It’s now December and we’re wondering if it's going to be under our tree on December 25th. The release of two new singles, “Have A Seat” featuring Snoop Dogg and “Rocket,” make it seem like the project will drop sooner rather than later, however.

“Have A Seat” is a throwback groove in a variety of ways. Over a rolling soundbed of bass guitar, symbols and drums, group members Cindy Herron-Braggs, Terry Ellis and Rhona Bennett let an old flame know that there’s no sparks left, singing, “You know you want it but you can’t have nothing but a seat.” Uncle Snoop comes through like a player is supposed to, telling the ladies he’s a real man who will treat a woman like she’s supposed to be treated. The old school '60s sound is groovy, but the bass guitar loop gets a little redundant. However, the charm, charisma and attitude from the ladies make it worth a listen.

While “Have A Seat” may borrow from the sound of yesteryear, “Rocket” is more contemporary. It is a sexy little number written by Ne-Yo about reaching a mutual climax with your lover using the metaphor of space travel. Cindy, Terry and Rhona are ready for the kind blast-off that good loving brings. They want an out-of-this-world experience that takes them beyond the sun, moon and stars. The ladies easily take the listener there with their celestial voices. There are random baby cooing sounds in the background that feel a little out of place on the track, even on a song about going half on a baby. Still, "Rocket" needs to land on your cuffing season playlists ASAP.

“Have A Seat” and “Rocket” will appear on En Vogue's upcoming album, Electric Café. The project promises production by Raphael Saadiq, Dem Jointz and Foster & McElroy, the production duo who originally formed the group. We'll send out a smoke signal when the album is finally ready for release. Until then, hit play below on these two new singles.