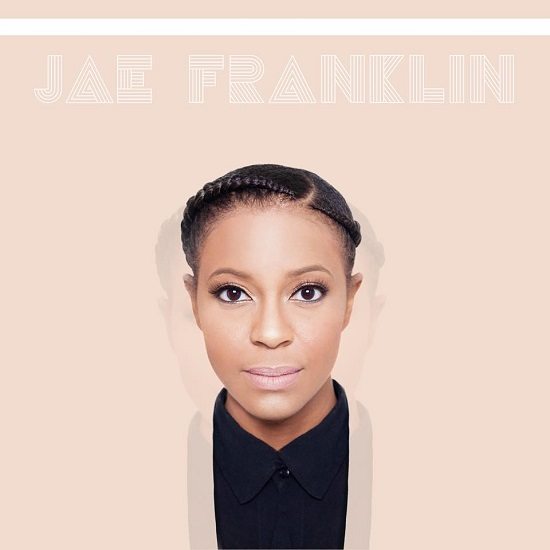 When we last checked in with our girl Jae Franklin, she showed off her skills as a one-woman soul cypher with a Bounce-Worthy birthday tribute to the late J Dilla. She followed that impressive display with another soul mash-up over Childish Gambino's "Redbone" before debuting the wavy slow jam "Love Is Not Hard." After calling Dubai home for the past few years, the songs were great way to celebrate her return to the United States, plus whet our appetites for a follow-up to 2016's Cheers to Life.

Now that's she's settled into her new home base of Atlanta, the Houston native is ready to formally reintroduce herself with a new self-titled EP, entirely produced by Vicente Espi. The five-track collection is shorter than its predecessor, but in many ways, it's meatier. Describing Jae Franklin as "a diary of my journey through joy and pain over the past year," she expounds on the process, stating, "I spared no feelings and cut no corners. It's a special one. I PROMISE YOU. YOU'LL FEEL ALL THE FEELS." While we can't offer any guarantees about your emotional state after listening, what we can tell you is that the EP is quite satisfying and gives us an added appreciation for the singer/songwriter as she takes musical risks and shares personal revelations.

In the haunting lead single "Skeletons," Jae plays provocateur over a scintillating soundscape while singing about secrets from the past. The reflective "Fools Lane" (co-written with her sister Judith Franklin) laments a broken relationship, but she won't remain on the wrong path because, "that's what detours are for." While "Blue and Stuck" follows a similar theme, the richly layered arrangement of sparkling synth, muted chords and motley beats make it an understated banger. Franklin dusts herself off and begins to heal in "Rough," a dreamy, almost otherworldly groove with futuristic overtones and dramatic strings. She revisits the album opener with "Skeletons 2.0," a subtle rework with a steamy, sensual feel that gives emboldened nuance to lyrics like, "Suddenly I feel courage...I've gotta face the skeletons in my closet."

Ms. Franklin stretched herself and the effort paid off. Luckily, we get to reap the benefits. In addition to forthcoming album visuals directed by Jakoyea Wright, Jae promises an upcoming tour with stops along both coasts. Until then, stream the Jae Franklin EP below, support her independent artistry by purchasing a copy and visit her website for social media links, performance updates and more.


TAGS:  audio, Jae Franklin", Jakoyea Wright, Judith Franklin, Vicente Espi
Previous: JONES Gets Bold In The Colorful Video For ‘Something Bout Our Love’ Next: This Denitia & Ateller Collaboration Might Make You ‘Think Twice’