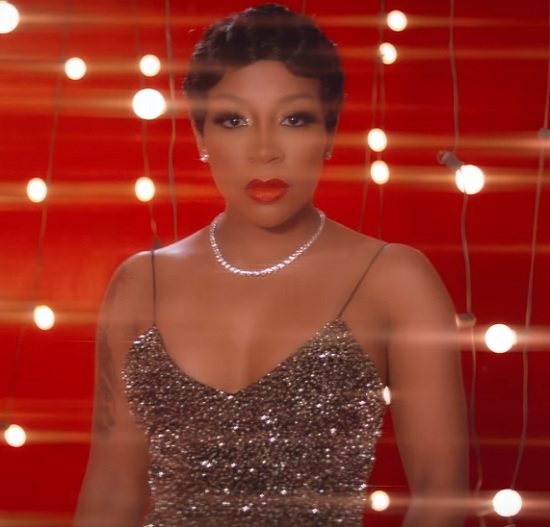 Over the course of four studio albums, K. Michelle has proven that she's a versatile artist, taking stabs at everything from rock to soul to even country. Her latest project, Kimberly: The People I Used To Know, is no exception. On the album, she takes on everything from the modern, trap-influenced R&B ("Birthday") to more traditional soul and pop ("Giving Up On Love"). However, one of the standouts is the interlude "F*** Your Man." The jazzy tune, which is a departure from what we've come to expect from K. soundwise, is the latest track from the set to get the video treatment.

In the video, the singer plays up the track's jazz elements, portraying a feisty lounge singer entertaining patrons for the night. She dons several racy outfits, including a sparkling mesh number that leaves very little to the imagination. But while the subtle elements like a grand piano, Tiffany lamps and elaborately crafted chaise lounges and even the camera's soft focus harken back to times of yesteryear, the lyrics keep it strictly in the present day. K. keeps it all the way real as she calls out an insecure chick who's worried about whether or not she's sleeping with her man. While setting that chick straight, she manages to threaten to put that thang on her man and call out her former Love & Hip-Hop castmates Rasheeda and Mimi Faust with very specific digs at their troubled history with their own fellas. Oop!

Taking on jazz, especially when coming from an R&B background, isn't that easy of a task. K. Michelle, however, makes it look pretty effortless in the clip while having fun doing so. Check out the video for "F*** Your Man" below and get into the jazzier side of Ms. Pate.


TAGS:  K. Michelle, Mimi Faust, RaSheeda
Previous: Avehre Pleads For The Return Of Lost Love On ‘Shattered’ Next: JONES & TIEKS Keep The Party Going With A Fresh Mix Of ‘Something Bout Our Love’