Keke Palmer Prepares Us For What’s To Come With ‘Pregame’ 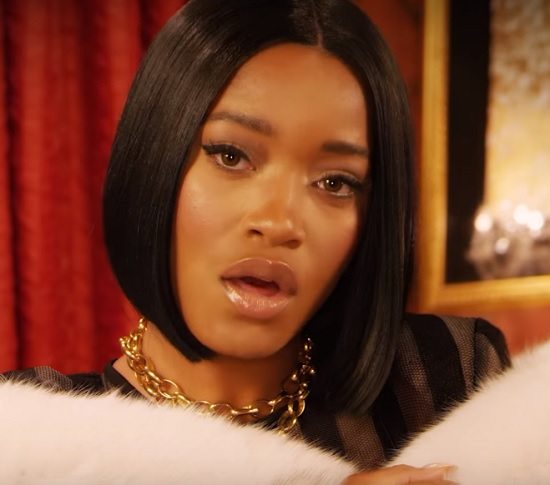 Our girl Keke Palmer has been doing the damn thing on the acting front, appearing in television series like Star and Berlin Station. But while she's definitely about the acting life, let us not forget that she's on her music grind, too. She reminded us of that when she dropped her Quavo-featuring single and video "Wind Up" and her EP Keyana Nikole (not to mention last year's visual EP Lauren). And, with the year coming to a close, she reminds us again with her new song "Pregame" and its flashy video.

The track features a wavy, laid-back track that seems to capture both the classic feel of '90s R&B and the modern trap leanings that are all the rage these days. Over the skittering hi-hats and booming bass Kekes tells the story of her getting ready to go out to the club for a turnt night. Of course, with a track about preparing to turn up, video has to be just as fun as the pregame before the party. And, of course, with Keke, it is. She starts the clip posing it up for the camera as the photog gets a few shots of her in a blunt-cut bob wig, white fur and a sheer leotard. That's just one of many fly looks she rocks in the clip as she changes wigs, shoes, coats and scenes like the fashionista she is. It all ends at what appears to be one of the hottest parties you'll find (and it just so happens to be taking place at her fly-a** crib) as she dances the day away with her friends (including fellow singer/actor Trevor Jackson).

Looks like we have something to look forward to from Keke next year, though more details have yet to be revealed. Get ready for what's to come by checking out "Pregame" below.