Kendrick Lamar Shows Us His Version Of ‘LOVE.’ 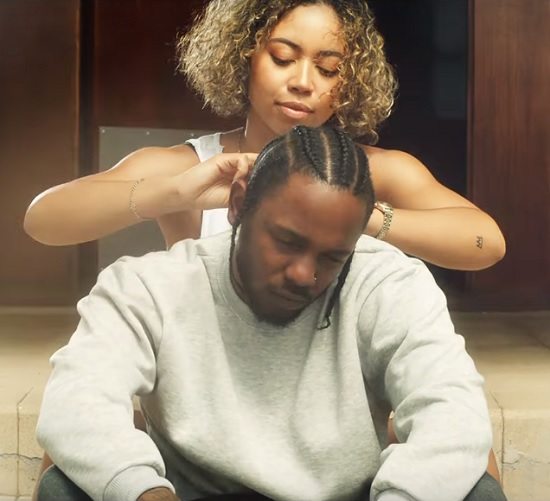 Kendrick Lamar is putting a bow on the year by releasing another music video from his album DAMN. with a visual for  the sweet cut "LOVE." featuring crooner Zacari. Directed by Dave Meyers and the little homies, the creative video starts with K. Dot walking along a beach, as it switches between him and a beautiful woman in flowing fabric and a gold headdress.

The video changes gears, and we find ourselves in Kendrick's dining room, where we watch his relationship with the same woman go from hot and steamy to cold and violent. The rest of the dynamic visual showcases the beauty of women and Kendrick's journey back to his own while riding in a car with Zacari.

2017 has been a great year for King Kendrick with the commercial success and critical acclaim of DAMN. and the album nabbing seven GRAMMY noms and winding up on many Best of 2017 lists. The TDE rapper also just released a flipped version of the album for the DAMN. COLLECTORS EDITION for super fans who just can't get enough of the project. K. Dot heads out on the European leg of his tour in the new year, rocking dates starting in February from Dublin to London, France and ending in Germany at the top of March. While we wait to hear what Kendrick's next moves are, fall into "LOVE." right here.


TAGS:  Dave Meyers, kendrick lamar, TDE, Zacari
Previous: SZA Goes Minimalist For ‘The Weekend’ Next: Rob Milton Shows His Gratitude For It All With ‘Thank You’