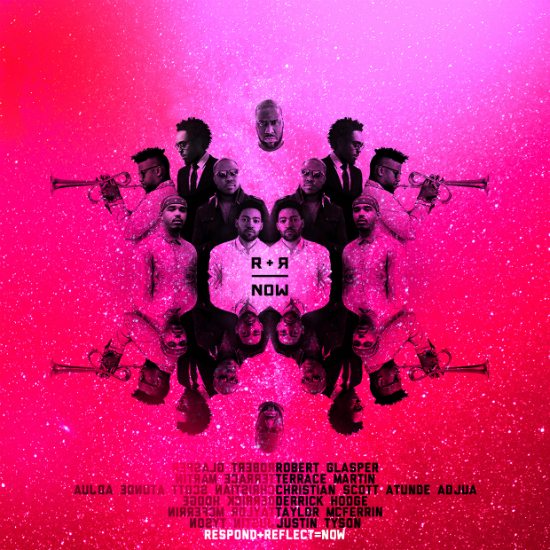 It looks like 2018 may just be another year of amazing collaborations and new releases we'll be impatiently waiting to drop. Pianist/songwriter/producer Robert Glasper just announced that he's creating a music super group and the lineup is beyond talented. The Robert Glasper Experiment frontman joins forces with multi-instrumentalist and producer Terrace Martin, jazz trumpeter Christian Scott aTunde Adjuah, bassist Derrick Hodge, drummer Justin Tyson and multi-instrumentalist Taylor McFerrin to form R+R=NOW. It's pretty clear the band has a healthy pulse on several genres, including jazz, soul, R&B and hip-hop, so we're guaranteed to get quality music from the collective.

Glasper told Billboard.com, "R+R NOW tells "our story from our point of view. Everybody's sound is so different, but we all come from the same concrete garden. It's a very honest, fluid sound that rings of hip-hop, EDM, jazz, at times -- hell -- reggae...a bunch of cats that respect each other so much that we always pass the ball."

If you're wondering what the name means, it comes from Glasper's love and respect for Nina Simone who always implored artists to reflect the times. Their name is shorthand for Reflect+Respond=NOW, and we're curious to see what hot button issues they take on and turn into the next groove. While there's no word yet on when we can expect their first release, just know that we'll be sitting here twiddling our thumbs and tapping our feet until we get some new music from the genius idea that is R+R=NOW.