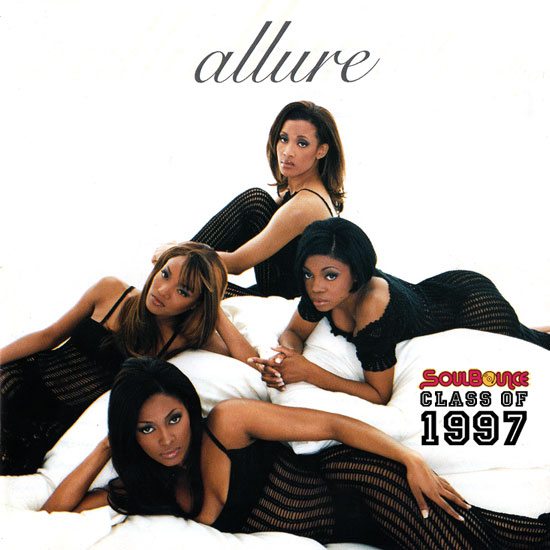 Alia Davis, Linnie Belcher, Lalisha Sanders and Akissa Mendez, better known as the R&B girl group Allure, came on the scene looking extra clean in 1997. As Mariah Carey’s chosen protégés and first act off of her short-lived Crave Records label, the ladies were poised for mega-stardom. Unfortunately, with all the promise in the world, Allure would only go on to be one-hit-wonders. Of course, they went out fighting with a single that refused to die at the end of 1997, “All Cried Out.”

Allure’s debut self-titled album had the star power of Carey but failed to define them beyond a generic girl group. The Trackmasters, the production duo behind hits for Carey, Will Smith, LL Cool J, Jay-Z, Jennifer Lopez and more, who helped define the Mafioso sound that took over New York in the mid-'90s did the majority of the production. While the masters of the board laced the ladies with a few gems, it did little to make them sound like more than just glorified background singers. Lead single and album highlight, “Head Over Heels” featuring Nas, sounded like a leftover Mariah song. Others like “When You Need Someone,” which used the same David Porter sample as The Notorious B.I.G.’s “Who Shot Ya,” came off as formulaic singing over soul samples. Was that necessarily bad? No. But the album suffered from a lack of a true personality and focus beyond a formula for what should have been a success. Of course, there was also the mega-hit, “All Cried Out” featuring 112, a cover of the Lisa Lisa & Cult Jam with Full Force classic. The song reached No. 4 on the Billboard Hot 100 and actually outperformed the original. The song was everywhere in the fall of 1997, and actually appeared on two Billboard year-end charts, reaching No. 43 in 1997 and No. 84 in 1998.

Allure, however, didn't get to enjoy their success for too long. Almost a year after their album was released, Mariah Carey’s Crave Records dissolved, and they were shuffled over to parent label, MCA Records. However, without Carey’s branding, the ladies got lost in the sauce. The first single from their sophomore album Sunny Days, “Enjoy Yourself,” got very little airplay. Years later, Allure became notable once again for being signed to Ron Artest’s Tru Warier Records, but outside of his own media spotlight, they received little attention. The remaining three members, Davis, Mendez and Sanders continue to tour as a trio, performing around the world, trying to keep Allure's allure alive.