SoulBounce’s Class Of 1997: Changing Faces ‘All Day, All Night’ 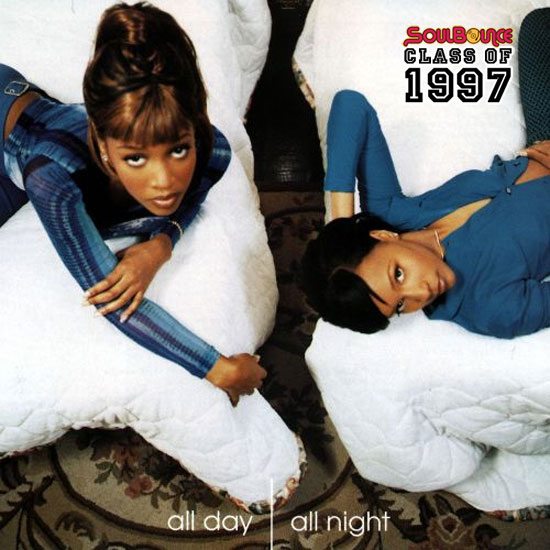 After scoring a hit with their eponymous debut album in 1994, R&B duo Changing Faces was on a mission to prove that they weren't just another "dime a dozen" girl group. A series of soundtrack contributions for movies like A Low Down Dirty Shame, High School High and Space Jam helped them to maintain visibility. But it was their 1997 sophomore project, All Day, All Night, that allowed Cassandra Lucas and Charisse Rose to have a lasting impact.

By all accounts, the breakup-to-makeup-to-breakup-again album was a great success. In addition to earning RIAA gold status, it delivered their biggest hit to date when they re-teamed with producer R. Kelly for the "get your ish and leave, you trifling bamma" anthem, "G.H.E.T.T.O.U.T." The platinum-seller resonated with listeners, spending seven weeks at No. 1 and setting the stage for other album highlights, including "All of My Days" (featuring a talented young Jay-Z), a cover of Cyndi Lauper's "Time After Time," a smooth and sassy postlude called "G.H.E.T.T.O.U.T. Part II" that featured a vocal assist from Kells, sweet and tender grooves "My Lovely" and "Thinkin' About You," and of course, titular slow-burner, "All Day, All Night."

For all its merits, history would prove the album marked the beginning of the end for Changing Faces. Aside from "That Other Woman" and "Come Over" (which gained more attention following Aaliyah's posthumous release of the track), their 2000 release Visit Me failed to match the success of their previous releases. The ladies continued to drop an occasional single or contribute a track here and there for various compilation projects, but their long-discussed fourth album never materialized. Furthermore, discord reared its ugly head a few years ago when Charisse allegedly began performing using the group's name without Cassandra's consent. Ms. Lucas is clearly moving on, though. She recently released "Give Love a Chance," a reggae-tinged groove addressing social injustice and is also rumored to be working on a full-length project. But who knows, maybe the two can put their differences aside long enough to take advantage of the '90s R&B wave currently selling out concert venues across the country.