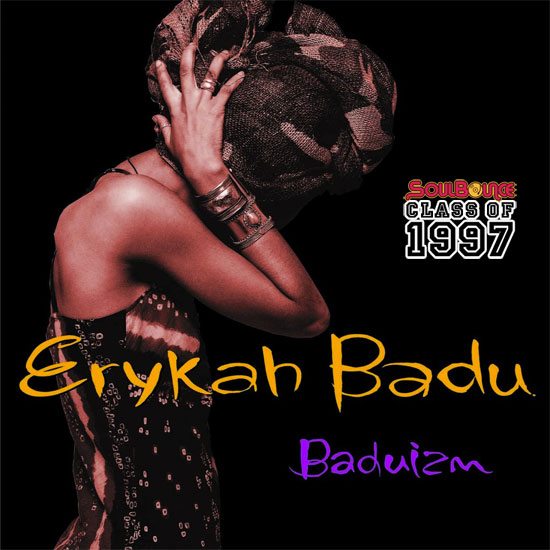 Twenty years ago, in February of 1997, Erykah Badu dropped her debut album Baduizm and solidified her position as one of the most innovative musicians of her generation. The instant classic was released on Kedar Massenburg’s Kedar Entertainment label via Universal Records and contained 14 soulful tracks, including the lead single “On & On.” With Massenburg serving as executive producer and the likes of The Roots and James Poyser lending their musical genius to the project, the result was an effortless blend of jazz, hip-hop and R&B, blurring the lines between genres. At that time, her regal yet approachable sound was something we hadn’t heard before, especially coming from an unapologetically black, statuesque sister donning a headwrap.

The previously mentioned "On & On," released two months prior to the album's arrival, was a runaway hit from the beginning. The song not only spent two weeks at No. 1 on the Hot R&B Singles chart and peaked at No. 12 on the Hot 100, but its The Color Purple-inspired video was in heavy rotation on BET and MTV, eventually landing two MTV Video Music Award nominations for Best Female Video and Best R&B Video. She followed the success with two more singles, "Next Lifetime" and "Otherside Of The Game," both of which saw massive R&B radio airplay, with "Next Lifetime" even landing at No. 3 on the Hot R&B Songs chart.

Baduizm debuted at No. 2 on the Billboard 200 album chart and garnered widespread praise. The album went triple platinum, achieving a million sales within two months of its release. A year later, Ms. Badu earned two GRAMMY Awards for Best R&B Female Vocal Performance for “On & On” and Best R&B Album. With this mainstream success, it can be argued that she paved the way for a slew of "neo-soul" artists to gain respect and recognition in the GRAMMY’s R&B performance categories.

Prior to the album’s release, she once described the project as “an expression of me and the way I feel.” She explained, “Badu is my last name, ‘izm’ is what should get you high and Baduizm [is] the things that get me high. Lighting a candle, loving life, knowing myself, knowing my creator, loving them both ... Using my melanin. Using my power, to get to where I need to go to do the creator’s work—that’s what I’m here for. And I’m still fly.” And yes, she IS still fly.