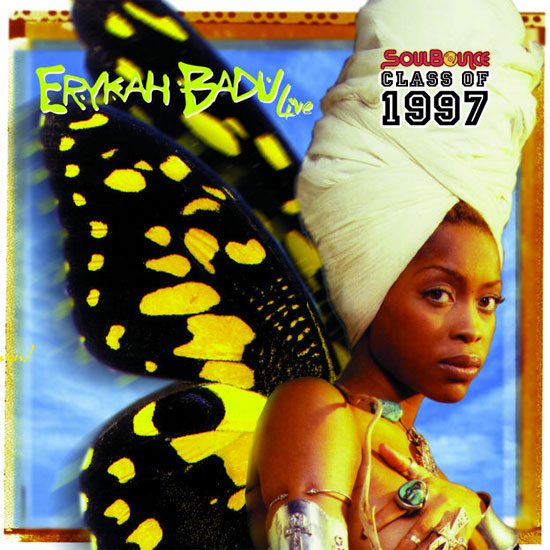 Following the release of her wildly successful debut album Baduizm, Erykah Badu did something that, at the time, was unprecedented. That same year, she not only dropped a second album, she blessed us all with a live album. Over the years, we’ve come to realize that Queen Badu is anything but predictable, nor does she play anything safe or by the rules. Whether she’s subtly dropping gems of Five Percent Nation-laced knowledge or reinventing herself as DJ Low Down Loretta Brown, it seems that anything unprecedented is indeed her sweet spot.

For her Live album, Badu flawlessly sang songs from her debut album and paid homage to a few soulful legends with her captivating covers of Roy Ayers’ “Searching” and Chaka Khan’s “Stay.” She also seized the opportunity to debut a new track entitled “Tyrone,” which she reportedly made up during soundcheck. The single went on to heavy rotation on the radio, and though it didn’t make Billboard's R&B or pop singles chart, it did reach No. 1 on the R&B Airplay chart. One other brand new original track, "Ye Yo," rounded out the Live experience, while her live versions of Baduizm songs gave them a new life. This speaks to not only her creativity but also her fearlessness, both of which have served her well over the years.

The Live album itself reached No. 4 on the U.S. Billboard 200, No. 1 on the Top R&B/Hip-Hop Albums chart and was certified double platinum. The project also fueled her now-solid reputation for slaying a live show to pieces, paving the way the way sold-out shows worldwide, including her recently wrapped Badu Vs. Everythang Tour.