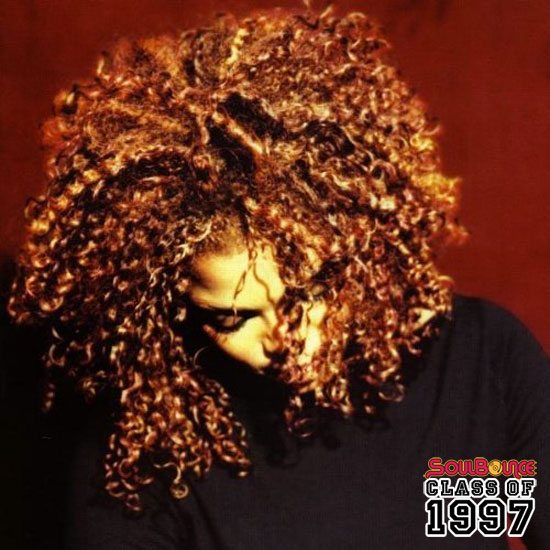 In the 1990s, Janet Jackson was no stranger to success. She began the decade riding her 1989 album, Janet Jackson's Rhythm Nation 1814, all the way to the top of charts with hit after hit on the Billboard Hot 100. She followed up that feat with her blockbuster 1993 album janet., which revealed a more adult and sensual side than her previous efforts. However, though the world thought it really knew Janet, we had no idea. With frequent collaborators Jimmy Jam and Terry Lewis, she invited us much deeper into her world with her sixth studio album, 1997's The Velvet Rope, which revealed a Janet that was battling her inner demons and revealed that she had the emotional scars to prove it. As well, it also revealed a much more exploratory side of Janet who was embracing the counterculture, including elements of kink, and speaking out on then-controversial topics like homosexuality and domestic violence. Though it was birthed from pain and depression, the album is often considered to be her most important work.

Janet started the promotion of the album with "Got 'Til It's Gone." It was a sea change moment for Janet, whom the public had become accustomed to for delivering stylized R&B with a pop sheen like her hits "Escapade" and "Miss You Much" or the mellow, love-tinged groove of a song like "That's The Way Love Goes." "Got 'Til It's Gone," on the other hand, was nothing like that. Instead, it offered a melancholy tale of love lost set afloat on a liquid, J Dilla-inspired hip-hop beat and utilizing a sample of Joni Mitchell's "Big Yellow Taxi." That song wasn't the only surprise to found on the set, though. She experimented both musically and lyrically throughout, whether playing around with sensuality and sex on lusty tracks like "My Need," "Rope Burn," "Anything" and her bi-curious cover of Rod Stewart's "Tonight's The Night," calling for LGBTQ equality over funk samples on "Free Xone," bemoaning (and predicting) the romantic disconnect of the digital age on "Empty" and even painting a vivid picture of abuse on her brilliant, rock-influenced "What About." But Velvet Rope was without a doubt a personal journey for Janet, as evidenced by the album's second single (and biggest hit) "Together Again," a disco-influenced tribute to her friends who had passed away from AIDS, which became her eighth No. 1 hit on Billboard's Hot 100. She flipped the script yet again with sultry torch song "I Get Lonely" as the album's third single. The song was probably Janet's most straightforward R&B track. The single became Janet's 18th consecutive Top 10 on the Hot 100 (a feat only bested by Elvis Presley and The Beatles), peaking at No. 3 on the chart.

Though the first releases from the project were the most successful, there were more memorable moments to be had. "Go Deep" (which peaked at No. 12 on Billboard's Mainstream Top 40 chart) was probably the album's most fun moment, adding levity to an album that was at times brooding and serious. The introspective "You" and reflective "Every Time" were also released, but didn't fare as well on the charts. Still, perhaps the album's crowning moment was closer "Special," which found Janet fully embracing herself as she honored the "specialness inside of us" and proclaiming "I have the need to feel real special too."

Janet's raw, vulnerable and honest play paid off for her, with The Velvet Rope becoming her fourth consecutive album to reach No. 1 on the Billboard 200, spending 74 weeks on the chart and selling more than 10 million copies worldwide. But its influence goes far beyond charts and sales. Many credit the album with providing the foundation for the "alternative R&B" sound that artists like SZA, Kelela, MNEK and others are cultivating. As for Janet herself, it was a milestone moment that not only showed more of her growth as an artist, but launched one of her most successful tours to date. Twenty years later, Janet is still evolving and changing, though she's proven that — even at age 51 — she still has much more of her journey to share and has the world eagerly awaiting her next move.