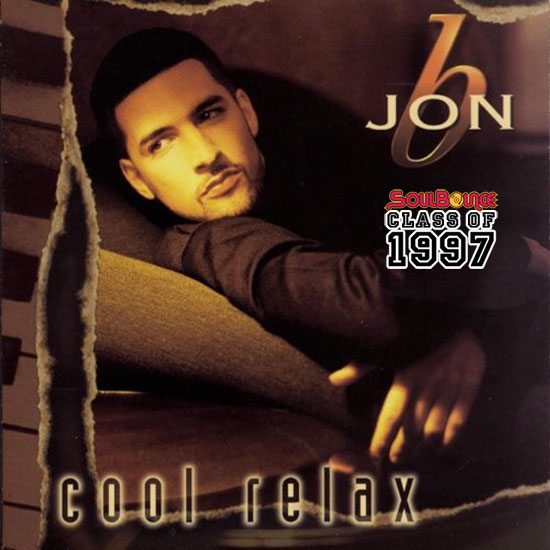 After his successful debut 1995 album, Bonafide, Jon B stood tall in a crowded R&B landscape, even drawing comparisons to his mentor Kenneth "Babyface" Edmonds. The smooth crooner took advantage of his momentum and released his sophomore album Cool Relax to fans who were more than ready to see if he would live up to their high expectations. The new album gave his writing and production a bigger stage, as he finally got the recognition he deserved.

It's no surprise the first track on the album was entitled "Shine," as the crooner did so throughout the album. The song that became the first single was "Don't Say," written by former Boyz II Men and Az Yet member Marc Nelson. His most successful single to date, "They Don't Know" served as the second release from Cool Relax and the soundtrack to many a romantic night. Teaming up with producers Tim & Bob, the single was a hit and Jon got the confidence he needed to solidify him as a white R&B artist who could and should be taken seriously. "They Don't Know" was released as a double-sided single along with "Are U Still Down,"  which featured vocals from the then-deceased Tupac "2Pac" Shakur. Jon B credited 2Pac with coming up with the single's melody, coaching him through the recording process so he sang it just right. As we move through the album, Jon B's production is more evident. Another single that later got a rap assist was the title track, which had a remix that featured Gang Starr rapper Guru and featured production from A Tribe Called Quest's Ali Shaheed Muhammad. If you keep listening, you'll catch "Pride & Joy," which was originally recorded by Toni Braxton (another Babyface mentee) for her sophomore album Secrets, but the song never made her final tracklist. The next single, "I Do (Whatcha Say Boo)" became a fan favorite. It originally appeared on Jon's demo tape before recording Bonafide, just like "Can We Get Down," and both made the cut for his sophomore LP. By the end of the album, Jon had wooed us into submission with smooth vocals, funky guitar licks and skilled production that weaved together to make Cool Relax the highest selling album of his career.

Cool Relax peaked at No. 33 on the Billboard 200 chart in the spring of 1998 and No. 5 on the Billboard R&B/Hip-Hop Albums chart. It went on to sell more than one million albums in the U.S., and it garnered a cult following among R&B fans. For decades, the R&B genre had been dominated by African-American artists, but Jon B became one of the few white artists with staying power. (Word on the street is that he has a new album on the way in 2018, a follow-up to his 2012 release Comfortable Swagg.) We can credit Jon B. for paving the way for more white singers to try their hand at the R&B game, but what remains apparent today more than ever, is that no one could ever be as cool, calm and collected.