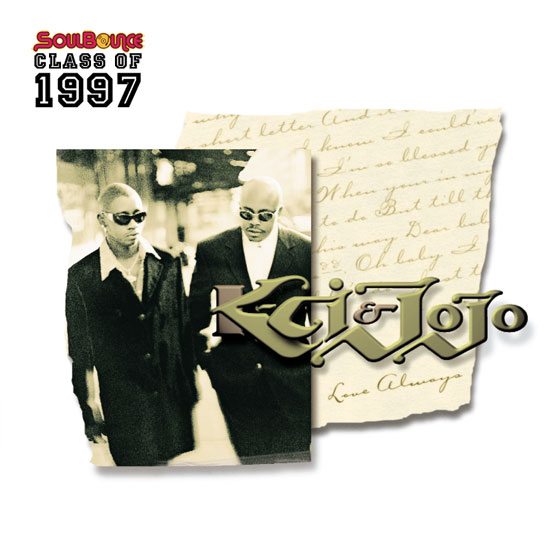 Over the course of their first three albums, Jodeci quickly established themselves as R&B's bad boys. After bursting onto the scene in 1991 with their debut album, Forever My Lady, the quartet comprised of K-Ci, JoJo, Mr. Dalvin and DeVante Swing became known for the raunchy, party boy image put forth on their subsequent follow-ups Diary of a Mad Band and The Show, the After Party, the Hotel. However, for K-Ci and JoJo, a set of country boys who had cut their teeth in their church choir, the subject matter didn't always gel with their Pentecostal roots. So after three platinum-selling albums, the two decided to step out on their own to make music their mother could listen to. The result was the duo's 1997 debut album, Love Always.

At first spin, it would be easy to say that Love Always and songs like "Last Night's Letter" still sounded a lot like a Jodeci project given that the guys handled the majority of the vocal work on the group's albums. However, a closer listen would reveal a love-centric sound more akin to traditional R&B than their more risqué material like the Jodeci hit, "Freek'n You." Insead, Love Always revolved around matters of the heart, just as the title suggested. In fact, the album's third single "All My Life," a ballad that JoJo penned for his daughter would become their biggest single as a duo. It would go on to top the Billboard Hot 100 chart for three consecutive weeks, making it K-Ci and JoJo's longest-running number-one single of their career. The brothers quickly found that their more subtle approach to music would pay off in the long run, with the largely self-written and self-produced album reaching the top 25 of the Billboard 200 chart and No. 9 on R&B/Hip-Hop Albums chart. All four of the singles released from the album made it to the top 25 on Hot R&B/Hip-Hop Songs.

As in many cases, some of the album's strongest songs were not even released. The Babyface-penned "How Many Times (Will You Let Him Break Your Heart)" is an example of the type of balladry that made the super-producer one of music's most coveted songwriters. Meanwhile "Baby Come Back," which was speculated to have been inspired by K-Ci's ex, singer Mary J. Blige, prove that even with the pace sped up a bit, the guys were just equally as adept at delivering a love song over a mid-tempo groove. Their cover of L.T.D.'s 1976 single "Love Ballad" maintains the same classic soul element of the original while still allowing them room to flex the vocal pipes fans had come to know and love.

Perhaps more than anything, Love Always proved that vocally, K-Ci and JoJo were the really the stars of the Jodeci show. While DeVante brought the production and his brother Mr. Dalvin delivered on the sex appeal, it was the gospel-tinged voices of these North Carolina-bred brother that kept listeners coming back for more. Unfortunately, as most already know, the fairy tale story of K-Ci and JoJo's rise to the top of the music charts hasn't been without more than a few bumps in the road. A quick search of social media will yield multiple examples of embarrassing performances and questionable antics. However, with songs like "All My Life" still in regular rotation on Adult Contemporary radio, the legacy the pair have created won't be easily forgotten.