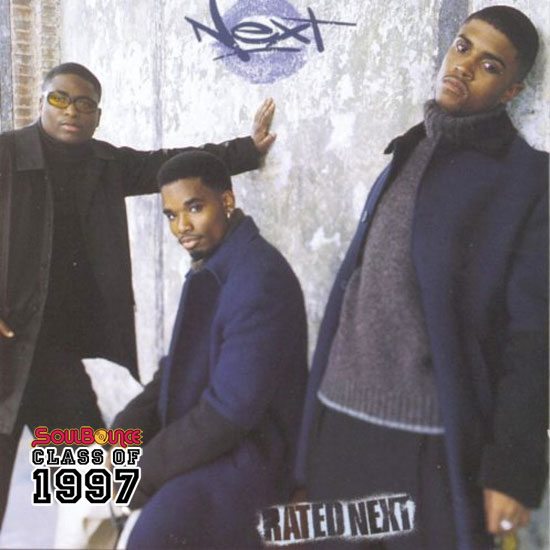 Robert “R.L.” Huggar and brothers Terrence "T-Low" Brown and Raphael "Tweet" Brown, collectively known as Minneapolis trio Next, hipped us all to the basics of “Butta Love.” The lead single, co-written by R.L. and Tweet, set the tone their debut album Rated Next and explicitly detailed all the makings of good lovin’, paving the way for all the smooth and creamy R&B goodness that would follow. The album, released under Kay Gee of Naughty By Nature's Divine Mill label and Arista Records, went double platinum and all three singles released from the project including “I Still Love You” and “Too Close” made the Billboard Hot 100 chart. Both "Butta Love" and "I Still Love You" were certified gold while "Too Close," a catchy tune that candidly described a man’s arousal on the dance floor, went on to sell over 2.1 million copies.

During the group’s run between 1997 and 2002, they earned a number of Billboard awards, including the 1998 Top New Artist, Top New R&B Artist and Top Hot R&B Single Airplay awards. In 1999, they were nominated for two American Music Awards and took home the 1999 Soul Train Award for Best R&B/Soul Single by a Band, Duo or Group for the single "Too Close". In 2000, Next released their second album Welcome II Nextasy, which included another mega-hit entitled “Wifey.”

Sadly, the group broke up following the release of what would be their final album The Next Episode in 2002. Prior to the break-up, R.L. had quickly made a name for himself as a songwriter, penning hits for artists such as Jaheim and even collaborated with the likes of Deborah Cox for her emotional breakout hit “We Can’t Be Friends.” He has pursued a solo career and dropped his album RL: Ements in 2002 as well. Much to the delight of fans who have followed them over the years, the group reconciled and reunited in 2016 and are currently touring as a group. Be sure to check your local ticket outlets to catch their 2018 tour dates with other men of R&B including 112, Tyrese, Ginuwine and Avant.

Next Rated Next [Amazon][iTunes][Google Play]