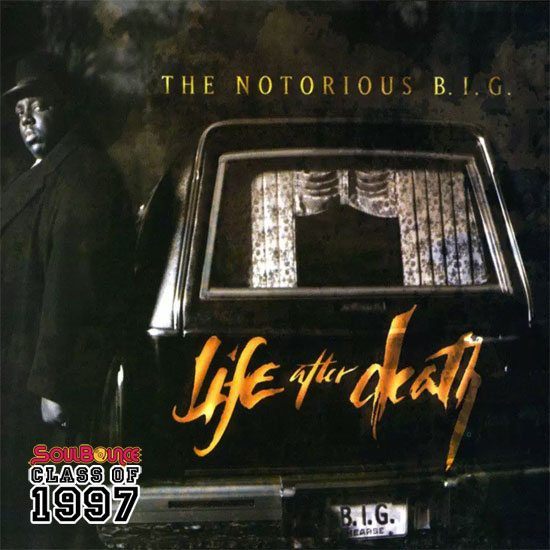 It's often said that some people can sense their impending demise. It's usually used to explain away some sort of reconciliatory behavior during the period leading up to his/her death. During the days and weeks leading up to the untimely death of Christopher Wallace aka The Notorious B.I.G. on March 9, 1997, Biggie had already let it be known that it was on his mind. Life After Death, the title of the very album he was in the midst of promoting clearly reflected that. He had also enlisted personal security out of fear for his own safety. So as tragic as his murder was, it still felt poetic that an album steeped in themes of death and legacy would be released a mere two weeks later.

A mere eight days before his death, Biggie had celebrated the release of Life After Death's lead single, "Hypnotize," and from the looks of things, appeared on top of the world. The song quickly shot to the No. 2 spot on Billboard Hot 100 before ultimately taking the top spot after his death. It also became his first top 10 hit in the U.K. The Paul Hunter-directed video showed him living in the lap of luxury as he and Sean "Puffy" Combs evade dangerous, unknown attackers. Little did anybody know that when the video premiered that the danger in store for the popular Brooklyn rapper wasn't contained only to the small screen.

Following his death, Puffy stuck to the album's intended release date, placing Biggie in the small fraternity of artists with post-humous releases. Life After Death was quickly lauded as one of hip-hop's most important releases, earning critical acclaim and record sales in the process. Selling 690,000 copies within its first week, it would eventually go on to be certified Diamond by the RIAA in 2000 and is considered one of the best-selling rap albums of all time. The album's second single, "Mo Money Mo Problems," would give him his second posthumous chart-topping single.

When he wasn't busy boasting of his riches and the privileges — and problems — his wealth afforded him, he stayed true to the overarching theme of death that had been woven into his music since his debut album Ready to Die. Even the album's cover eerily stuck to the theme, showing the rapper standing next to a hearse. It continues on through songs like "Somebody's Gotta Die," "Last Day" featuring The LOX, "Niggas Bleed," "Miss U," "You're (Nobody Til Somebody Kills You)" and the album's final single, "Sky's The Limit." Each centered squarely on the loss of life in all of its facets from the mourning to the fear.

With a cast of collaborators that included the likes of R. Kelly, Bone Thugs-N-Harmony, Angela Winbush and 112, Biggie delivered one of hip-hop's seminal releases thanks to his vivid storytelling and sharp wordplay. The two-disc album provided the perfect vehicle to display the talents of a life that was cut way too short at the age of 25. However, his legacy continues to live on, and seemingly grows stronger by the day, a testament to the brilliance and endurance of Life After Death.