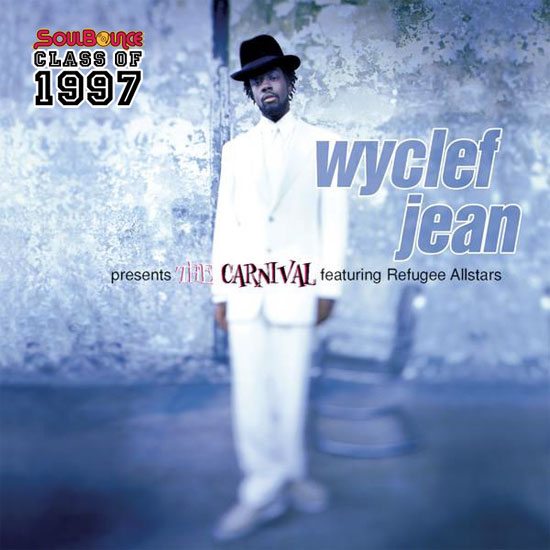 As the old saying goes, "Timing is everything." Despite the ongoing success of Fugees' 1996 breakout sophomore release The Score, Wyclef Jean decided the time was right for him to test the solo waters in 1997 with the unveiling of Wyclef Jean Presents The Carnival Featuring Refugee Allstars. Turns out he was spot-on as the ambitious project ended up becoming his magnum opus, a sprawling LP peppered with hilarious skits centered on Clef's fictional character assassination and trial that holds up very well to this day.

Mainly produced by Jean and his cousin Jerry "Wonda" Duplessis, The Carnival was a multi-cultural, genre-blending concept album that was slightly ahead of its time. An enjoyable listen from start to finish – even the Spanish, French and Creole songs where most of us had no idea what was being said – this solo debut covered the spectrum and gave us streetwise hip-hop, sweet love songs, party starters and political anthems. In addition to Wyclef's alternating between singing and rapping, the myriad of guest artists including Lauryn Hill, Pras, Celia Cruz, The Neville Brothers, Melky Sedeck (his siblings), John Forté and more (collectively, the "Refugee Allstars"), kept the album unpredictable and interesting.

Obvious standouts like infectious, high-charting singles "We Trying To Stay Alive" (which creatively sampled the Bee Gees' iconic tune "Stayin' Alive and Audio Two's classic, "Top Billin'"), "Gone Till November" and a flip of popular Cuban song "Guantanamera" helped push album sales to double-platinum status. But we can't discredit unforgettable tracks like "Gunpowder," "Street Jeopardy," "Yele," "Mona Lisa," "Sang Fézi," "Apocalypse" and "Year of the Dragon." For an album of this length, it's a pretty incredible feat that there aren't any downright "bad" songs in the set. (Yes, the "Words of Wisdom" sketch might be the exception...but technically, it's not a song, so we stand by the previous statement.)

Wyclef would go on to achieve further success through collaborations with artists like Carlos Santana and Shakira, but he was never able to duplicate his achievement on The Carnival. Scandal involving his Yéle Haiti charity and a failed run for the Haitian presidency are just a few of the pitfalls that he's endured in the past decade, but he continues to make music, ironically releasing the final chapter in The Carnival Trilogy (Carnival III: The Fall and Rise of a Refugee) earlier this year. Although his Fugees mates were featured prominently throughout the project, it turned out to be their swan song as they never recorded another album together. Stay tuned to next year's "Class Of 1998" for more on that story....