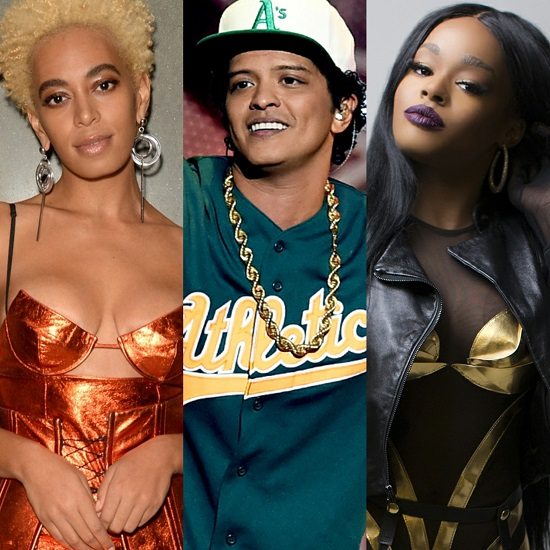 Well, folks, it looks like we made it. And look how far we've come. 2017 will soon be a distant memory as we move into the bright and shiny new year that is 2018. But don't you worry, we'll still be here collecting all the music news you can use after the clock strikes midnight on December 31st. In the meantime, let's dish out one last TWISB to close out the year. This week, we've got the goods on Solange's surprising medical diagnosis that's forced her to drop out as the headliner of AfroPunk South Africa. We've also have the reason why Bruno Mars can be officially claimed as 2017's concert king. And the year wouldn't be complete if we didn't have some fresh drama from Azealia Banks. We've also got a few items about some of your other faves, including Rihanna, SZA, Black Thought, LL Cool J and a few others. You know you wanna read more, so go ahead and get your click on.