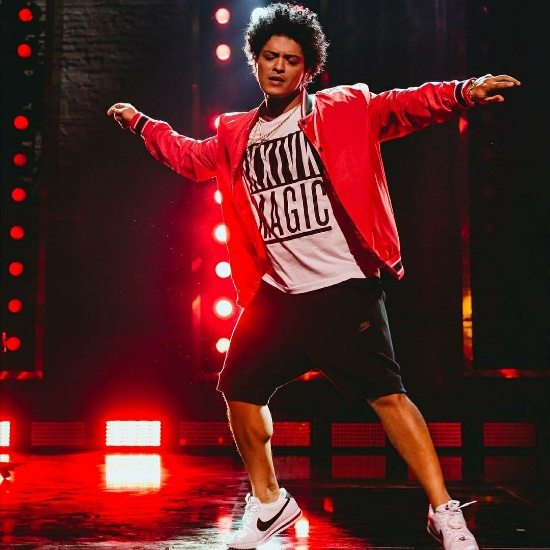 Looks like the fans can't get enough of Bruno Mars' 24K Magic. The singer-songwriter has been on a tear this year with his 24K Magic World Tour, crisscrossing the globe in support of his late 2016 effort. Well, all that hard work has paid off. The tour — which is still going strong, by the way — has racked up an impressive $200.1 million so far, making him the highest-grossing solo tour of 2017. Even more impressive, he's the No. 4 top-grossing act overall, with only U2, Guns N Roses and Coldplay besting his tally. Next year only promises more for the "Versace On The Floor" singer, as he's expected to keep touring through Summer 2018. Hopefully, it also promises a vacation for Bruno, as he's probably the hardest working man in show business these days. #Blessed