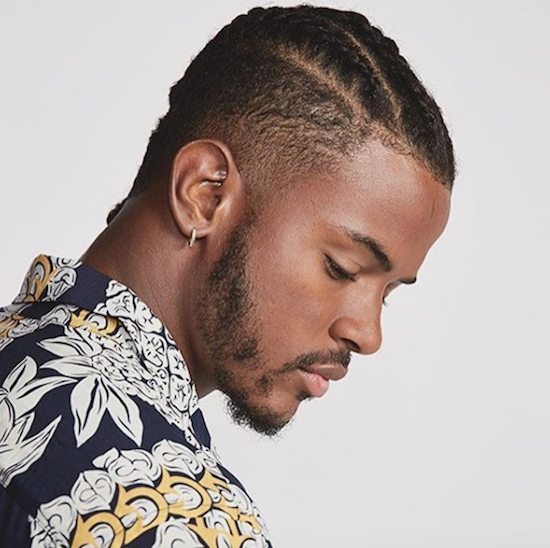 If you've been tuning in to ABC's black-ish this season, then you may have seen the episode where Aaron, one of Zoey's (Yara Shahidi)  friends from college, almost came between her and her little sister, Diane (Marsai Martin). One look at the actor who portrayed Aaron, Trevor Jackson, makes it easy to understand why. The charismatic young talent is a cutie who has also had roles in Syfy's Eureka, Disney Channel's Let It Shine and ABC's American Crime. However, as his latest single "Night Time" proves, his talents don't stop at the small screen.

On the sensual single, Jackson waxes poetic about a special lady who brings out the animal in him once the sun goes down. Although the howl in the song's opening moments may elicit a giggle or two, it's strictly a grown folks affair for the song's remainder. He attempts to shed his teen-centric image as he sings about he and his lady friend's late-night rendezvous. In the process, he flexes his impressive vocals throughout, lending the song a bouncy vibe as he alternates between singing and rapping.

Presumably, "Night Time" is taken from his upcoming album Mrs. Jackson, which is slated for a March 2018 release. In the meantime, fans will be able to catch him when the black-ish spin-off grown-ish premieres on Freeform on January 3, 2018. Also, if you're not up on Jackson's previous music releases, check out his past works to get a feel for what this multi-talented artist has up his sleeve.


TAGS:  audio, Trevor Jackson
Previous: Rhye Asks Us To ‘Count To Five’ Ahead Of Sophomore Album ‘Blood’ Next: This Week In SoulBounce: Google Donates $1 Milli To Chance The Rapper’s Non-Profit, Patti LaBelle Speaks On Luther Vandross’ Sexuality, Vic Mensa Thinks He Can Be Prince & More