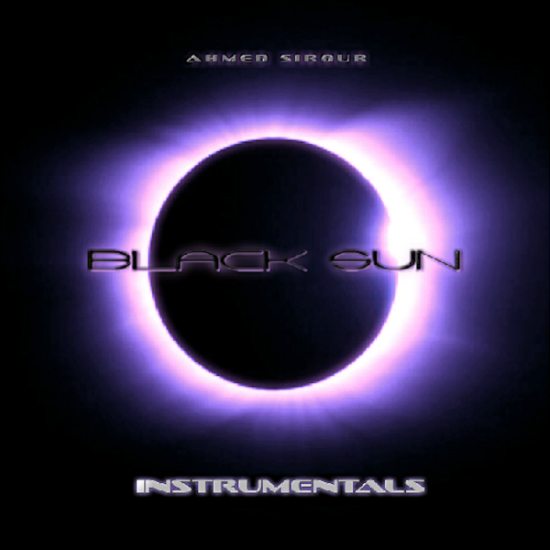 It was just a few months ago that Ahmed Sirour provided the soundtrack to the struggle with the release of Black Sun, his most consummate and complex release to date. The album dealt with everything ranging from the struggle for civil rights to commentary on Hollywood's culpability in spreading propaganda. To kick start the new year, Sirour returns. However, this time its to drop off Black Sun: The Instrumentals.

Just as the title suggests, the album features the instrumental versions of all of the ten original songs. Stripped of the poetry of Jon Goode, the powerful voice of Antonia Jenae and the samples of speeches by James Baldwin and Harry Belafonte, Black Sun takes on a completely different feel while somehow maintaining the angst and frustrations that Sirour injected into his originals. "We Built This," which initially provided the backstory to Black Americans' complicated and painful history with this country, still feels as intense as the original thanks to the hard-driving drums. "Cliff & Claire," his ode to the type of black love that the Huxtables shared, unfolds into one of the most beautiful jazz-influenced compositions you'll hear today.

Perhaps the beauty of offering these instrumentals is that it allows the listener fill in the blanks on their own while seeing exactly where the music takes them. They can reimagine the story in a way that is uniquely their own while also paying attention to the picture Sirour originally painted. Black Sun: The Instrumentals also provides listeners with an uninterrupted listen to the music itself. With undivided attention paid to the tracks, listeners can devote their full attention to every note played, allowing for a new appreciation for the music itself.

Though little has changed politically and socially since Sirour originally released Black Sun back in August, The Instrumentals give listeners a fresh, uninterrupted look at the road ahead while leaving behind more than a little optimism in its wake.