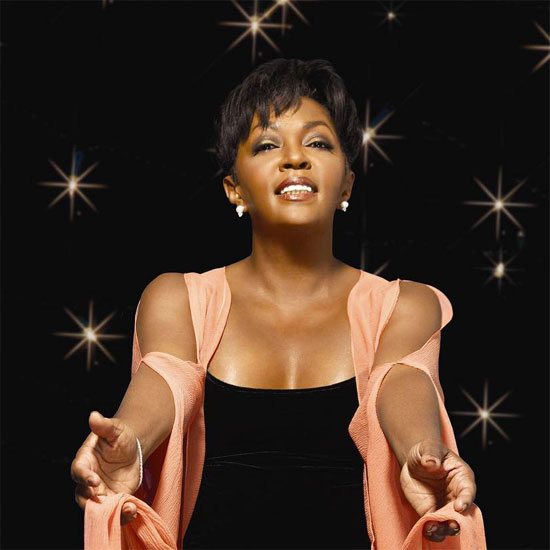 January 2017 brought the devastating news that Anita Baker was hanging up her microphone and retiring from the music game. Auntie Anita took to Twitter to shut any and all rumors of a comeback down when she tweeted, "...No Tour. No CD. #Retired #BeachBum #ThankUJesus." But, oh what a difference a year makes! On her "new year, new me" tip, Baker has changed her tune and started 2018 with the announcement that she'd be returning to the stage. Taking to Twitter once again, she proclaimed that with her 60th birthday on the horizon at the end of this month that she has "sO Much 2 CELEBRATE" and dropped a dime about her "Farewell Concert Series, beginning in March."

That's right, Anita Baker is taking her mic and flowy dresses out of storage and hitting the road starting this spring. She sounds downright excited to go on tour, tweeting, "We'll paint pictures together 2 last a Lifetime...Let's Party!" Auntie Anita doesn't have to tell us twice, our bodies are ready to see her live "#OneLastTime" to hear her tell it.

Although the dates haven't been announced yet, we already know of at least three stages that Anita will grace on her farewell tour. She's scheduled to headline Miami's Jazz In The Gardens Music Fest, the New Orleans Jazz & Heritage Festival 2018 and the Tom Joyner Foundation Fantastic Voyage 2018. With three music festivals on her itinerary already, we suspect that more will be added in the coming weeks when all of her tour dates are revealed. Stay tuned for the official farewell concert tour series announcement soon, and get ready to give the living legend and icon that is Anita Baker a proper send off. 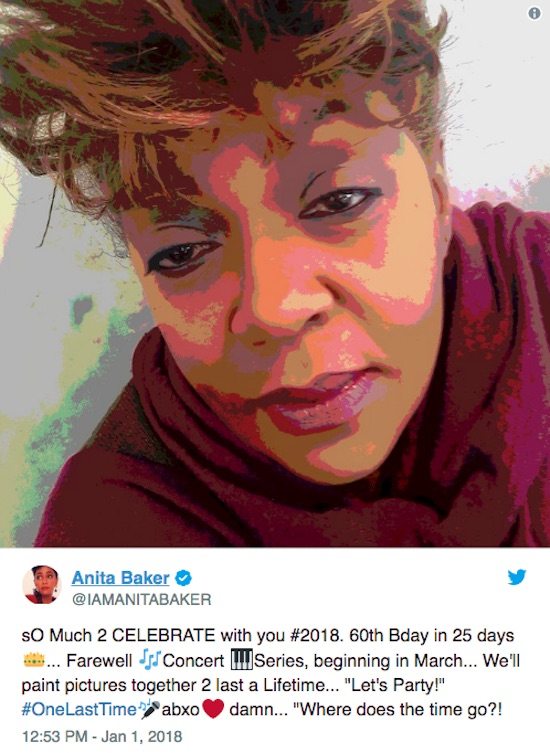 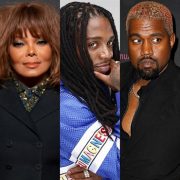 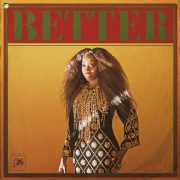 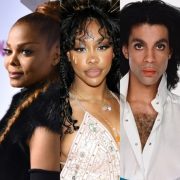 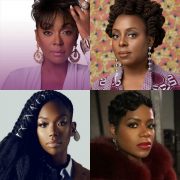