Are You ‘Here’ For Xscape & Their New EP? 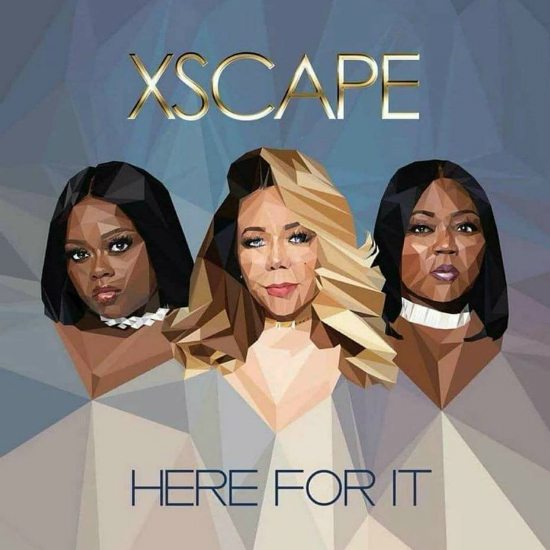 Xscape are kicking off the year with new music and they want to know if you're Here For It. The group (sans Kandi Burruss who is off starring in Chicago on Broadway) unveiled the artwork for their new EP along with a couple of loosies before the end of 2017. Here For It debuts next week, but before then Tameka "Tiny" Harris, Tamika Scott and LaTocha Scott drop the title track to get us good and ready for the six-track collection.

On "Here For It" the ladies use a little trap and R&B to get their point across with slick lyrics. "I'm heavy on the sauce and the seasoning / And you right though for no reason / For your info I always please 'em," LaTocha spits on one verse. While we're not used to hearing this sound from them, the ladies ask, "I don't know about you / But I'm here for it / Where you at?," in the chorus to challenge listeners and see if they're picking up what they're putting down.

The trio released two singles back in December both produced by Tricky Stewart and a little more their speed with more harmonious vocals. For "Wifed Up" the ladies talk about keeping and locking down a good woman, while on "Dream Killa" they slow it down to talk about a relationship gone wrong because of lies. For both tracks, Xscape delivered the soulful R&B that they're known for before flipping the script on their latest single. Whatever your style and preference, it looks like you'll find it on Here For It.

The '90s R&B legends release their new EP on January 12th, which will serve as their first project since re-grouping in 2017. They also wrap up The Great Xscape Tour with Monica and Tamar Braxton on January 6th in Los Angeles. You can pre-order Here For It on iTunes and listen to half of the new EP right here to see if you're really here for Tiny, Tamika and LaTocha without Kandi.