En Vogue Takes Us Out Of This World In ‘Rocket’ 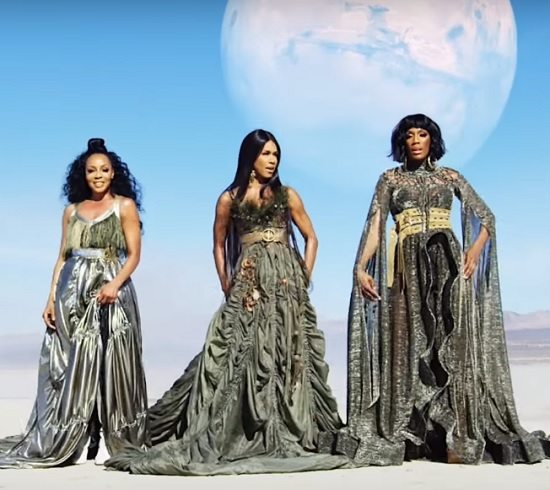 En Vogue may have had their heyday in the '90s, but the ladies have no interest in hanging onto old laurels. Instead, the trio is pushing onward to new horizons with the impending arrival of their seventh album, Electric Cafe. They've released several singles on the way to the set's release, but it looks like they really want their Ne-Yo-penned single "Rocket" to make the biggest impact. They've been on a social media tear promoting the track and now they've blessed us with a stylish new video.

The trio takes us to another world in the clip, with a desert backdrop and brightly hued sky making it seem as if we're watching the ladies on another planet. They walk, vamp and pose with reckless abandon in futuristic, metallic fashions while singing the song. Each of the group's members — Terry Ellis, Cindy Herron-Braggs and Rhona Bennett — gets an ample amount of screen time as the flex their glamorous looks quite effortlessly. Meanwhile, director Damien Sandoval captures them in all their regal glory as they bring the song to life.

“It was really exciting shooting the ‘Rocket’ video…perfect theme to enhance the song,” said Cindy in a press release. “The look is futuristic meets sexy…a step into the future,” said Terry. “It’s such a pleasure working with a director that’s not afraid to come up with a concept that’s outside of the box and pays tribute to the music,” Rhona added.

We can't wait to hear what the ladies of En Vogue have in store with Electric Cafe. But, while we wait for the album's March 30th release date, we're more than happy to put the clip for "Rocket" on repeat until then. Check it and a special behind-the-scenes video below.


TAGS:  Damien Sandoval, en vogue, ne-yo
Previous: SoulBounce Exclusive: Loah Shows The Journey To Becoming ‘Unveiled’ Next: Keith Sweat & K-Ci Have Love On The Brain On ‘How Many Ways’ 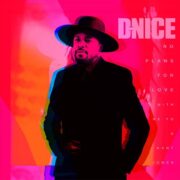