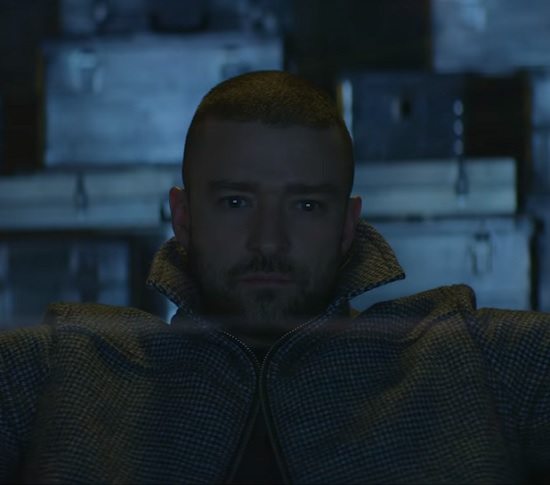 After "blessing" his fans with the single "Filthy," Justin Timberlake has wasted no time releasing another song from his upcoming album Man of the Woods, "Supplies." While getting hit with a double whammy in such a short time from a marquee talent like JT should feel like God is being way too good to us, it all feels like Justin might actually be trying too hard to impress us.

“Supplies” is Justin Timberlake’s declaration of being all things to the woman in his life. Hopefully, she’ll do the same. Produced by Pharrell Williams, the track is a trap meets folk mash-up, reminiscent of the dungeon music from the old video game Diablo with a bass-heavy backing track. Over this star-crossed portmanteau, Justin whispers a variety of sweet nothings, “I’ll be the light when you can’t see / I’ll be the generator when you need, turn me on / When some s**t starts to go down, I’ll be the one with the level head,” adding a little bit of a country twang to his vocal delivery. While interesting, the song doesn’t quite quicken our paces until the bridge, where you can really hit a jig or cut a rug.

In the Dave Meyers-directed clip for “Supplies,” JT and his co-star, actress Eiza Gonzales, take us on a tour of a post-apocalyptic world inspired by your favorite dystopian movies. The clip opens with JT sitting watching the world go from sugar to shiznit as images of #45, Kevin Spacey and Harvey Weinstein, along with a number of protests, play on a wall of TV screens. The image is like a cross between K in Blade Runner and the Architect from The Matrix. Seeing the madness, Timberlake decides to take a trip around the world to see all of the chaos up close and personal.

We see scenes of the frivolous elite, the worshipping of false idols, revolutionary rallies, people floating while connected to glowing headsets and, finally, the actual end of the world. The video ends with JT and his leading lady with a few musty, dusty orphans telling the audience to "Leave! Just die already. You’re still asleep. We’re good.” Is JT trying to tell us we ain’t woke, son? For reals? Either way, Meyers, as expected, comes through with some interesting visuals peppered with social commentary. However, does it all really work? To be honest, Justin is doing too much and not enough at the same damn time.

While the direction of Justin Timberlake’s Man of the Woods has been teased as “modern Americana with 808s,” the first two singles only hint at the promise of that sound. We’ve heard something similar from DΔWN, so we’re curious about what JT and his collection of wunderkind producers can cook up but not excited. We'll have to wait and see what happens when the album finally drops on February 2nd. Until then, hit play to stream the song and get into Justin's latest music video spectacle.