Justine Skye Finally Steps Into Her Own Light With ‘Ultraviolet’ 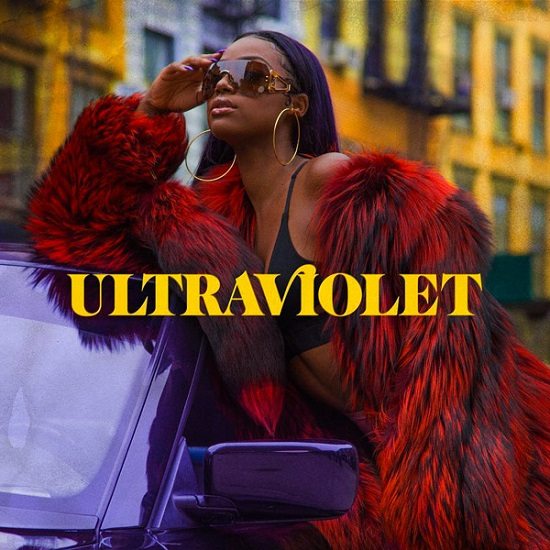 Justine Skye's name has been floating around the music industry for quite some time. However, while the self-described "purple unicorn" has continued to make a name for herself, she's only released a handful of EPs while fans have waited patiently for her debut album. Well, they need wait no longer, as the purple-haired beauty has finally dropped her long-awaited full-length debut Ultraviolet.

Ultraviolet finds Justine showing just how grown she really is, with many of the tracks dealing with the complexities of sex and relationships. We've already gotten previews of this with the set's singles, "Don't Think About It" (where Justine breaks down exactly what she expects from a "friends with benefits" situation) and "Back For More" (where she lets a lover know that he'll be coming back after she's gone), but her sexuality is pretty much front and center for the majority of the record. Whether she's demanding to get her lovin' exactly how she wants it when she wants it ("Goodlove"), getting pampered while getting it in ("You Got Me") or kissing off an immature man who doesn't *ahem* measure up ("Lil' Boy"), she does it with a self-assured swagger that's relatively uncommon in R&B.

However, while her assertiveness is refreshing, it would've served her better if the production provided wasn't the run-of-the-mill trap & B that's been clogging up the airwaves as of late. Sure there are a few clever moments here and there, such as sampling Nelly's "Flap Your Wings" on "Back For More" or Monica's "So Gone" on final track "Best For Last," but many of the tracks here don't leave much to be remembered once their over. We can't help but wish that Justine might've kept with the vibe of the album's first few tracks, especially the Rihanna-esque "Wasteland" and the slight island flair of the WizKid-featuring "U Don't Know, instead of going with what's trendy.

Still, Ultraviolet is a statement piece for a young woman who's coming into her own finally. Hopefully, as she continues her journey Skye takes a few risks and solidifies a sound that's more unique to her.