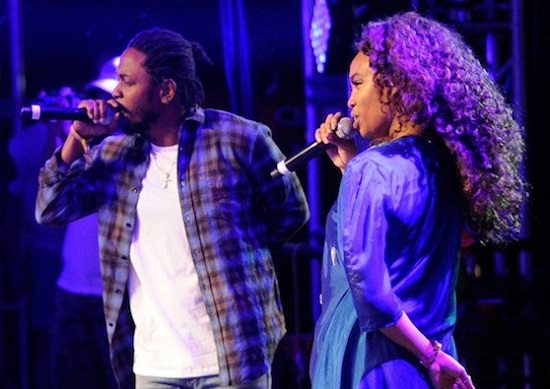 2018 just started, and it's already on one. We've already marked our calendars for the impending arrival of Marvel's Black Panther in anticipation of one of the most lit moments of the year. But we didn't know just how lit it was going to be. News broke today that the the film's soundtrack would be curated by none other than Mr. HUMBLE himself, Kendrick Lamar. Kung Fu Kenny will be joined by TDE CEO Anthony "Top Dawg" Tiffith in the curation and production of Black Panther: The Album. The film's director, Ryan Coogler, expressed his elation about the collaboration in a press statement, saying, “I am honored to be working with such an incredible artist whose work has been so inspirational, and whose artistic themes align with those we explore in the film. I can't wait for the world to hear what Kendrick and TDE have in store.”

Well, we don't have to wait to hear a bit of what's coming, as Kendrick has dropped the soundtrack's first single, the SZA collaboration "All The Stars." The two TDE industry heavyweights come together once again to deliver another exciting team-up involving K.Dot's rhymes and SZA's eclectic vocals. It opens with a distorted refrain from Kendrick on top of a beat that marries electronic-meets-tribal. Then comes SZA's passionate chorus, on which she sings, "This may be the night that my dreams might let me know / All the stars are closer, all the stars are closer, all the stars are closer." From there, Kendrick raps about the trials and tribulations of life and entitled people while SZA waxes on learning to live your best life regardless of everything else.

While it's not the duo's strongest collab, it's definitely got us amped to hear more of what Kendrick Lamar, SZA and the rest of TDE have in store when Black Panther, both the movie and the soundtrack, drops in the near future. Check out "All The Stars" below.