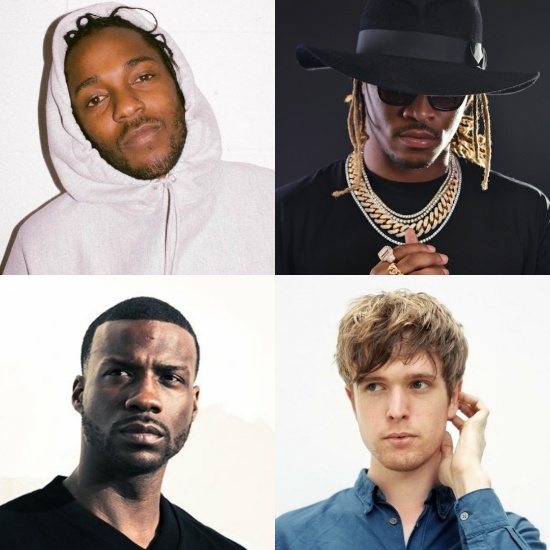 Since news broke last week that Kendrick Lamar would be curating and co-producing the official soundtrack for MARVEL's highly-anticipated Black Panther, we could hardly contain our excitement. Since then, we've gotten a sample of what's to come with his SZA-assisted single, "All the Stars" and the as-yet-untitled snippet that popped up in the superhero flick's latest trailer when it dropped a few days ago. Now, we have a bit more to whet our appetites with thanks to the newly-released single, "King's Dead," where Lamar is joined by his TDE labelmate Jay Rock, rapper Future and singer James Blake.

The song, which premiered yesterday on The Breakfast Club, features production by Mike WiLL Made-It and Teddy Walton and is delivered in two parts. The first part opens up with Lamar's nasally voice declaring, "Miss me with that bulls**t / You ain't really wild, you a tourist," on the song's hook before Jay Rock launches into a razor-sharp verse designed to cut. For his part Future, lends his signature Auto-Tuned vocals to the second chorus and bridge where he delivers his typical fare about sex and getting money. It seems an odd fit for the action flick that finds T'Challa (Chadwick Boseman) battling for the throne of Wakanda against Erik Killmonger (Michael B. Jordan).

It isn't until the song's second half when the radio-friendly beat is traded in for a grimier, darker vibe. Over a Blake-assisted intro, Lamar offers up lyrics that finally seem to tie into the film's storyline thanks to references to integrity, pedigree, warriors, and defending a family's honor. It seems this half is dedicated solely to Black Panther's arch nemesis as Lamar declares "All hail King Killmonger!" towards the song's finale. In our opinion, the last half is actually the stronger part of the song, leaving us wishing that it was the entirety of the song rather than just the follow-up on the transition.

This does little to deter our barely-contained excitement for the superhero flick set to premiere on February 16th. We clearly aren't alone in our anticipation as multiple showings across the country quickly sold out when the tickets went on pre-sale this week. As we continue trying to figure out our opening weekend outfits, we can at least bust a move to the latest song to debut from Black Panther's soundtrack.