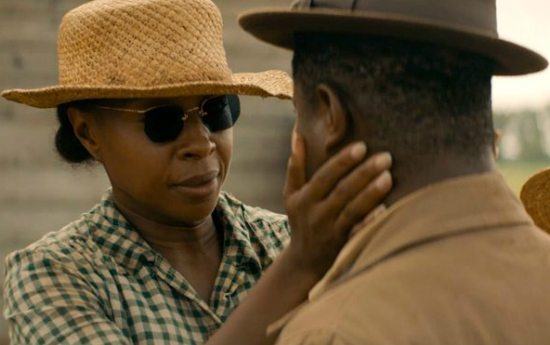 It's been a great year for Mary J. Blige already. The songstress celebrated her birthday on January 11th and earned herself a star on the Hollywood Walk of Fame. She also got a Golden Globe nomination for her role of Florence Johnson in Dee Rees' Netflix movie Mudbound. At the end of November, the songstress released "Mighty River," for the film's soundtrack and today she delivers the lyric video.

Just like the song, which is both sorrowful and uplifting, the video depicts scenes from Mudbound that tell a compelling story. We watch scenes of Florence's son returning from World War II and battling a racist Mississippi in 1946, along with fostering a life-saving friendship with a local alcoholic. We also catch scenes with Mary J. playing mom, doing laundry, tending to her family and serving as a comforter. The song and the video work hand in hand to inspire you to watch the movie and buy the soundtrack if you haven't already.

With Mary starting the year off right, we can't wait to see what else 2018 has in store for the Queen of Hip-Hop Soul. Mudbound is currently available for streaming exclusively on Netflix, and you can find the Mudbound (Original Motion Picture Soundtrack) on Amazon, iTunes, Google Play and Spotify. Watch the lyric video for "Mighty River" right here and see if you can keep your eyes dry by the time you get to the end.