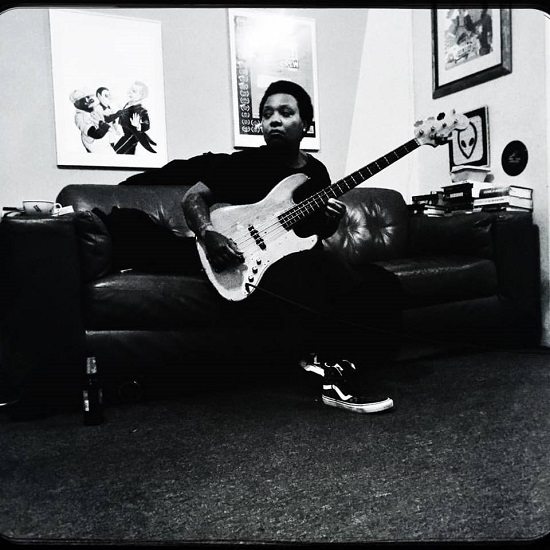 Meshell Ndegeocello last dropped a full album in 2014 with Comet Come To Me. While she's spent time doing other things — including providing the score for OWN hit drama Queen Sugar — she's also been gathering a collection of covers of some of her favorite tracks, which she's titled Ventriloquism. She's now ready to present what she's been working on to the world. The album will be arriving this spring, but first, she offers a listen to two of the songs that the collection will include.

The first up is her cover of Prince's Parade track "Sometimes It Snows In April." The moody, melancholy track, which many musicians have looked to remember the Purple One in the wake of his 2016 passing, fits perfectly in Meshell's wheelhouse. She transforms the song into a seven-minute tribute utilizing both her lower register, falsetto and spoken word over elegiac guitar, minimal drums and a haunting echo as she taps into the sadness and resignment that the song evokes. Remarking about the song, she told Rolling Stone, "I had to make something of him, for him," Ndegeocello tells Rolling Stone of her Prince cover. "I've made so much because of him. I still can't believe he's not on the planet and this was as close to closure as I'd get."

The second track she's allowed us to listen to is her cover of The Force M.D.'s classic "Tender Love." Rather than do a straight-up R&B take on the song, Meshell transforms the track with a twangy, folk-styled take that is a bit shocking at first but still works. Harmonica and guitar provide the familiar melody, with Meshell offering an earnest vocal directly in line with the feel of the original. "I recorded this album in California and I was driving around with Abe Rounds, my friend and the drummer I play with, and we were listening to [Neil Young's record] Harvest every day," she said of the inspired cover. "We'd go into the studio to record these tunes and it was dissonant. 'Tender Love' reminds me of life in D.C., as a young person, and I wanted to bring the two together. I like the genre-bending, I like making something new by way of another old gem."

You can expect more where that came from, as Ventriloquism will feature covers of classic songs like Janet Jackson's "Funny How Time Flies (When You're Having Fun)," Al B. Sure's "Night And Day" and Sade's "Smooth Operator" — plus many others. The set is set to arrive on March 16th and is available for pre-order now. Listen to "Sometimes It Snows In April" and peep the lyric video for "Tender Love" below. After that, stick around to check out the album's full tracklist.