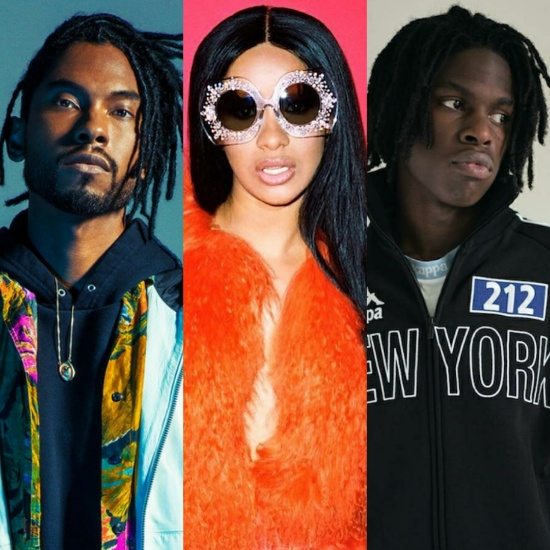 It may be cold and frozen outside, but that doesn't mean that it's too early to start dreaming of warmer weather and the outdoor festivals that it brings. The latest festival to have us waiting to peel off some layers of clothing is the Broccoli City Festival 2018, which is set to return to Washington, D.C. on April 28th and promises to be bigger and better than ever.

This year's top performers include headliner Migos, Miguel, Cardi B, Daniel Caesar and H.E.R. The sixth annual festival also counts Nipsey Hussle, Rich the Kid, Grits and Biscuits, Lightshow and Hoodcelebrityy amongst its lineup, with plans to add performers and special guests in the future.

Along with the lineup announcement comes news that Broccoli City is teaming up with Live Nation Urban to produce this year's festival, marking the first time that the two have partnered together. Live Nation Urban, which is overseen by industry veteran Shawn Gee, was launched in May 2017 with the goal of better serving Live Nation's soul and hip-hop audiences. Gee, who is also the longtime manager of both The Roots and Jill Scott, expressed his excitement about the new deal. "I've personally been tracking the growth of Broccoli City over the past few years. The work that [co-founders Brandon McEachern and Marcus Allen] have done with the brand, not only building a festival but at the same time engaging and empowering the community, is amazing. We are looking forward to working with them to help further build out the vision and scale the brand," he said in a statement.

In the week leading up to the festival, Broccoli City will also host its second annual week-long incubator program. This year's program will center on community and include a 5K city run, various activations and an all-night art escape. "We realize how important it is to keep this event alive," said McEachern in a statement. "We know people who may never make it to a Coachella, or any of the mainstream festivals. But they will always have Broccoli City. We do this for the community first."

Tickets are currently available for pre-sale. Visit the Broccoli City website to find out more information. 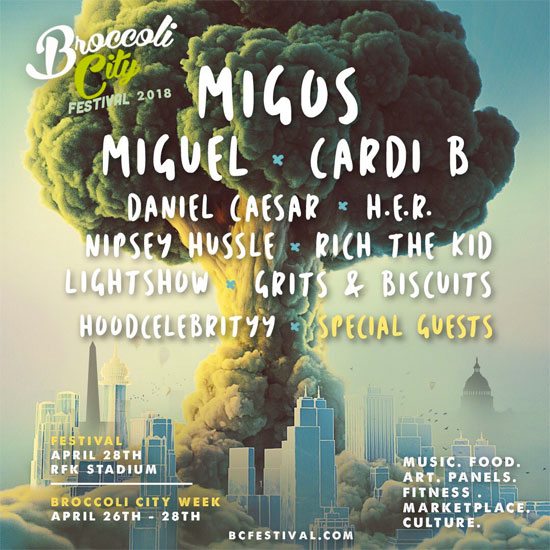