Nai Palm Finds Calm Among The Flames In ‘Homebody’ 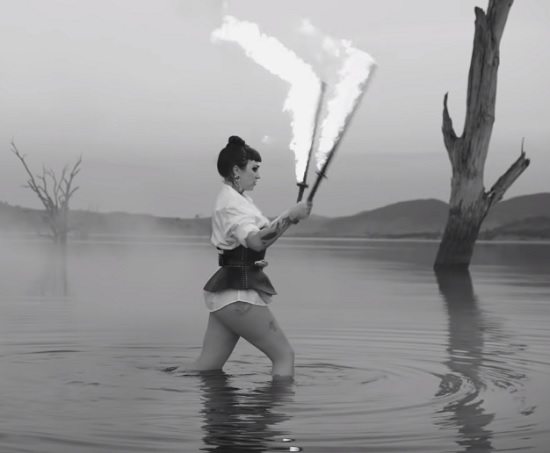 2017 brought us quite a few musical surprises. One of our favorites was Needle Paw, the unexpected solo debut from Hiatus Kaiyote's Nai Palm. Featuring the singer/songwriter's complex and poetic lyrics paired with acoustic guitar, the set was a statement piece that showed off her talents and just how far she could take them. But, seeing as Nai Palm's visual aesthetic demands to be seen by the world, it was unfortunate that the album arrived without so much as a teaser video. Well, it's new year, new strategy as we're finally being gifted with the Needle Paw's first music video, a haunting treatment for the song "Homebody."

The clip opens with gorgeous black-and-white views of a serene lake as the opening strains of the song's acoustic guitar are heard. The scene then opens to an aerial view of Nai Palm as the verse begins. The songstress stands in the middle of the water wearing just an oversized men's dress shirt and black leather corset and, as the camera pans to give us a full view of her, we realize that the ever-fearless Nai Palm is twirling two flaming swords. It's not the first image we think of to pair with the song's calming lyrics that encourage us to look for home inside ourselves. However, as we watch the water ripple around her and are hypnotized by her nimble movements, an unanticipated calm begins to set in as the soothing melody and calming lyrics take us over. Leave it to Nai Palm to bring an unorthodox vision of peace and tranquility.

Check out the video for "Homebody" right here and, if you haven't already, make sure to pick up Needle Paw, which is available now. 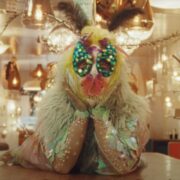 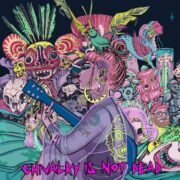 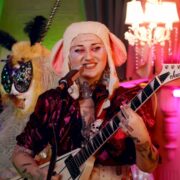 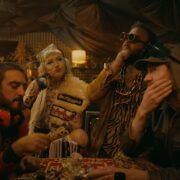 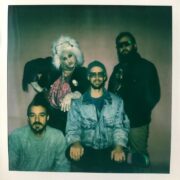