Tinashe Wants ‘No Drama’ As She Prepares For Her ‘Joyride’ 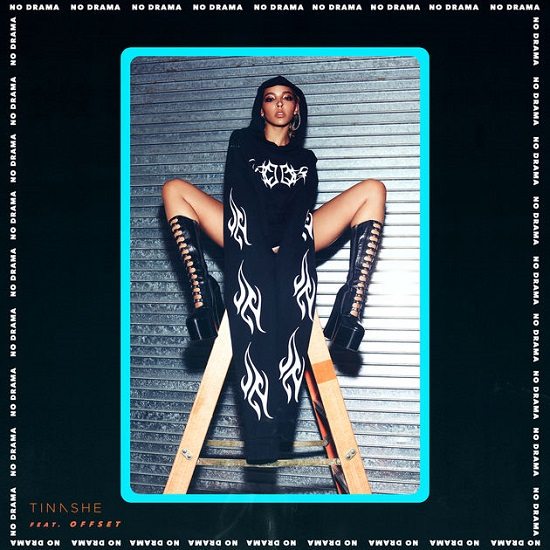 The road to Tinashe's Joyride had been a long one. The singer has been promising to drop the album since 2015, but since the first announcement, she's been bogged down with pushbacks and delays — so much so that many started to wonder if the "2 On" singer's sophomore effort would ever see the light of day. Well, it's a new year and a new day for our girl T, and she's ready to step out hotter for 2018. She's announced that she's dropping three new singles ahead of the new album, and she's starting with the Offset-featuring "No Drama."

"No Drama" keeps pretty much in line with the trap & B sound that's all the rage these days, with Tinashe singing as Offset provides his signature ad-libs. "Don't want no drama-ma / We pulled up in that ooh-la-la / Then backed out in that oh my God," she sings over the minor key track filled with stammering hi-hats. On the verses, she takes time to describe a night full of flossin' and stuntin' on folks with her and her fly AF crew. Offset, meanwhile, delivers another mumbly verse about his ice, bank account and sexing the baddest chicks only. It's a cool enough song and will surely catch on with some of her fans. However, there's nothing too remarkable going on here. But perhaps it will catch on enough to get her Joyride finally on track to being released.

Check out the Tinashe's "No Drama" below and keep an eye out for the video, which is set to drop on MTV's TRL this afternoon.


TAGS:  audio, Offset, Tinashe
Previous: GNA Channels Brandy & Queen Latifah On ‘I Wanna Be Down’ Cover Next: Aaron Camper Comes At Us In ‘Hi-DEF’