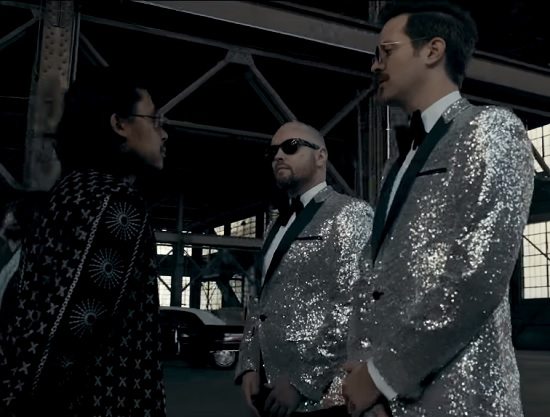 Tuxedo — the duo consisting of Jake One and Mayer Hawthorne — dropped their sophomore set Tuxedo II just under a year ago. However, though time has passed, the jams just keep on coming. The latest joint to drop from the set is "Fux With The Tux," a danceable boogie number that had us moving and grooving the moment we heard it on their precursor EP of the same name. Now they've released the visuals for the track and upped the song's enjoyment factor exponentially.

The clip starts with a clandestine meetup in an empty warehouse. The Tuxedo fellas pull up in an old school ride as a mysterious group of people lines up to greet them. Stepping out of the car in all their glittery silver tuxedoed glory, Jake and a mustachioed Mayer seem to inspect the group before sending them on their mission. What is that mission, you ask? Getting down with the get down! The crew turns out to be some of the best dancers out there and the show and prove with a heavy assault of choreographed steps that will have you trying to join in on the fun. The party doesn't stop until the video's end, when a comely young lady turns her back to the camera, revealing a jean jacket emblazoned with "Fux With The Tux" on the back.

We don't know about you, but we'll be running this one back a few times. Join us in doing so when you check out Tuxedo's latest clip right here. 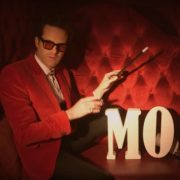