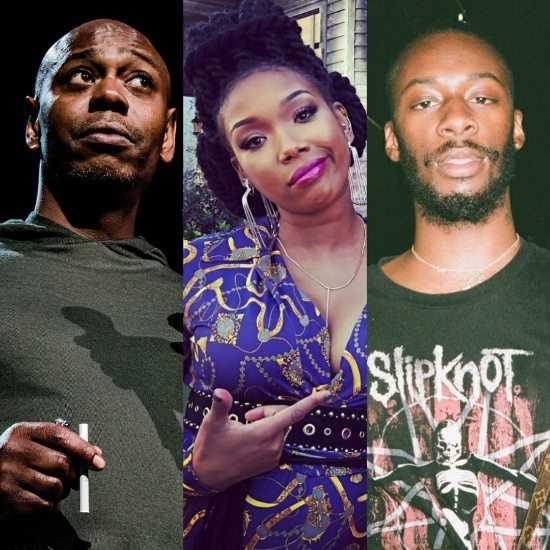 If you happened to be up late Tuesday night and on Instagram, then you may have noticed Questlove dropping bombs every few minutes as he announced the performers at the 2018 Roots Picnic. The Roots' drummer methodically posted each artist one-by-one with photos, videos and commentary until the full lineup was revealed, and he had his entire IG timeline ready to cough up their coins to purchase tickets to this year's fete. One look at this list of performers, and it's clear why.

Scheduled to perform at the 2018 Roots Picnic are a plethora of acts across hip-hop and R&B. Hip-hop heads will nod to the live sounds of The Diplomats, 2 Chainz, Rapsody, GoldLink and the Black Thought & J. Period Live Mixtape featuring Fabolous and Jadakiss, to name a few. On the R&B side of things, the "Vocal Bible" Brandy will be having church with 6LACK and dvsn also holding things down. Additional acts include BADBADNOTGOOD, DJ Kid Capri, DJ Drama and even more on the Music Stage. There will also be a Podcast Stage, featuring popular podcasts such as Drink Champs, On One with Angela Rye and, of course, Questlove Supreme, and a Lifestyle Stage with a Madden + NBA 2K tournament and various panels to extend the Roots Picnic's appeal and include a little something for everyone.

Anchoring the 2018 Roots Picnic will be an epic edition of The Roots Jam Session hosted by none other than Dave Chappelle. The flyer boasts that there will be "special guests" and that is being modest. The infamous jam sessions that The Roots convene every year during GRAMMY Week festivities are the parties to attend if you can get in. Just last month in NYC, The Roots Jam Session events surrounding this year's GRAMMY Awards brought out a who's who of surprise guests that included Jill Scott, Common, Anthony Hamilton, Ledisi and even Miley Cyrus. There's no telling who'll pop up at the Roots Picnic, but you can guarantee it will be a memorable day.

Now in its 11th year, the 2018 Roots Picnic will take place on Saturday, June 2nd and once again happen in Philadelphia at Festival Pier. Special pre-sale festival passes went on sale today and tickets for the general public go on sale Friday, February 16th. Visit the Roots Picnic website for more information and updates. 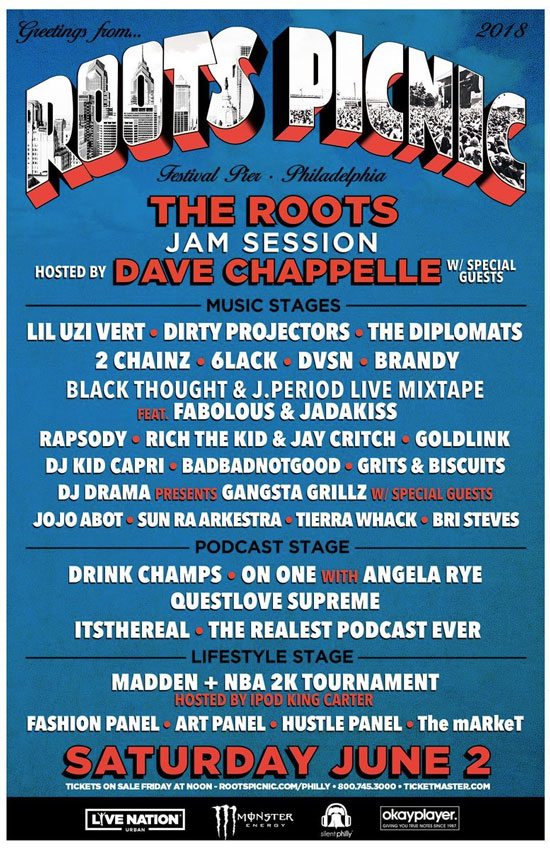