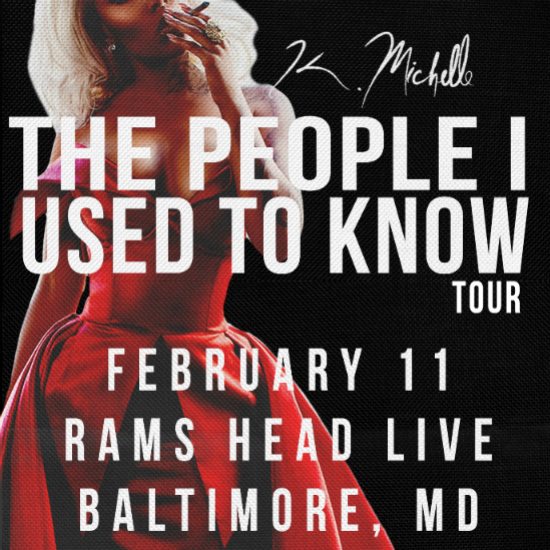 K. Michelle is gearing up to hit the road this month on The People I Used To Know Tour and entertain fans from coast-to-coast. Many cities are on the schedule and one of the first up is Baltimore, where K. will be gracing the stage of Rams Head Live! on Sunday, February 11th. The "Can't Raise A Man" singer will raise the roof at Rams Head Live! where she's performed numerous times over the years. This time around she's promoting her new album, Kimberly: The People I Used To Know, so expect to hear lots of newness in addition to her classics and much more.

If you live in the Baltimore area and seeing K. Michelle is on your wish list, then you're in luck because we're giving away three pairs of tickets courtesy of Rams Head Live!. Try your luck and enter to win on the next page. But if you'd rather not leave it up to chance, purchase tickets right now from the venue's box office or online from AXS.