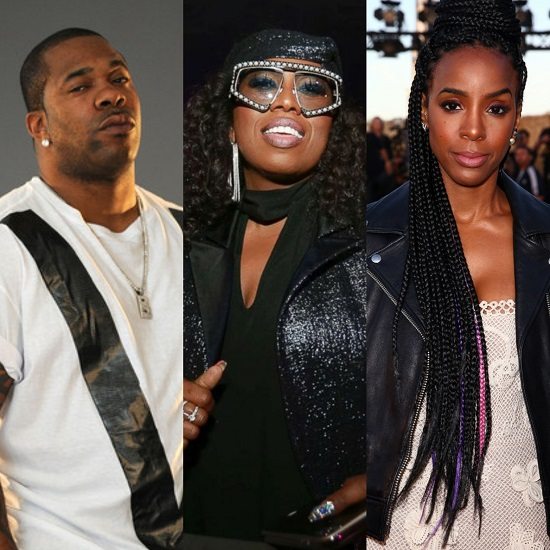 Busta Rhymes and Missy “Misdemeanor” Elliott are legendary hip-hop acts from the ‘90s and 2000s. We'd go through their catalogs, but their work speaks for itself. From their larger-than-life videos to their over-the-top performances, no one could “Cold Rock A Party” or make you “Break Ya Neck” like these two. Now, late in their careers, they’re forming like Voltron to give it to you like they never left. Busta and Missy have previously collaborated before on the tracks “Get Contact” and “Touch It (Remix)," not to mention on Missy’s debut album. Now they're giving us something to keep the party going with "Get It."

For “Get It,” producer Bangladesh has crafted a sparse percolating beat composed of interspersed drums and a Kelly Rowland vocal sample from her unreleased track “Smooches.” It’s perfect for two rhyme animals like Busta and Missy to spit a few hot 16s. And indeed, the duo does “get it, get it, flip it, tip it, dip it, grip it” while trading verses with boastful fury. As for Ms. Rowland, she doesn’t actually appear on the track. Instead, she’s getting billing simply for the sample.

“Get It” comes hot on the heels of Busta and Missy appearing in Super Bowl commercials for Doritos and Mountain Dew. Bus-A-Bus and Misdemeanor will be coaching award-winning actors Morgan Freeman and Peter Dinklage in an epic rap battle for the ages. Two flavors that go great together, it just makes sense. Missy infamously stole the Super Bowl XLIX Halftime show from Katy Perry a few years ago, launching a bit of a comeback for the “Get Ur Freak On” singer. Meanwhile, Busta is putting the finishing touches on his ninth studio album, with details coming soon. Whether “Get It” has legs beyond a few nostalgic spins remains to be seen, but we’ll go ahead and get our bop on for now.